I Can't With Movies

Back in the Summer of 1987, I had my driver's license and freedom to pretty much go to the movies as I pleased. There were 44 movies released in the Summer of '87 and I saw quite a few of them: "Predator," "Dragnet," "Robocop," "Superman IV," and "The Lost Boys."

Well, fast-forward to 2012 and I don't go to the movies as often as I once did. Mainly because I'm older and I'm sick of crying babies, cell phone conversations and people talking to the screen.

However, even if I did want to attend more often, I wouldn't know how I would keep up with all of the movies that are being released these days. Like I said earlier, in 1987, 44 movies were released for the entire summer (from June 1 - August 31). Just last year, there were 44 movies released before June 13th!

44 movies in 13 days?  How in the world am I to keep up?  I like having options, but only if they're quality options.  Choosing from three quality things is more satisfying than choosing from six mediocre things.

I subscribe to HBO, Showtime, Hulu Plus, Netflix and Crackle yet I can't find the time to watch the movies that are being released week after week, after week.  So often, people ask me things like, "Yo, Q, did you check out the latest "Final Destination?'"

I can't keep up!  Not only are there a lot of movies, but there are a lot of sequels to these movies as well.  Do we need multiple versions of movies like "American Pie" or "Scary Movie?"  I just found out today, when researching for this blog, that there was a 4th "Jaws."  I had no idea because when it comes to keeping up, I can't with movies.

Everything is becoming so saturated these days.  1,000+ TV channels to watch with most of them sharing some of the same programming. Thousands of internet radio options with different versions of similar genres.  Jazz, Smooth Jazz, Classic Jazz and Metro Blend?  Really? 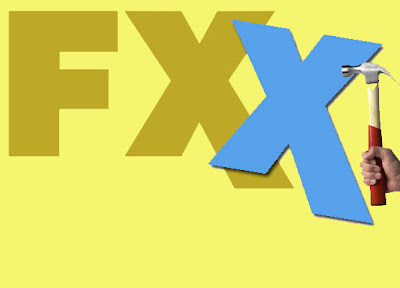 Double digit number of talk shows from "The View" to "The Chew."  Even the names aren't creative any more.  FOX created FX and now FXX?  That's flat-out laughable.  Even shows that I once enjoyed like "Law & Order" (4 spin-offs), "C.S.I." (2 spin-offs) and others just couldn't get by with only one.

I can't keep up with it all! The reason we're not as good as we used to be in this country is because we rarely take the time to perfect something. We get it started and once it's up-and-running, before maximizing it's abilities, we move on to something else to make more money.  That's why Pizza Hut started selling chicken wings and your car only gets 22 miles per gallon, but will allow you to check Facebook messages.


Do you think we have more quantity and less quality in entertainment these days?

at 12:00 PM
Email ThisBlogThis!Share to TwitterShare to FacebookShare to Pinterest
Labels: fxx, movies, that was then this is now
undefined Jackson, MS, USA