We Work Too Much in America

I don't know who invented the five day work week, but I'm still looking for him/her.  We work entirely too much in this country.  Work days are getting longer and vacation days are getting shorter.  By law, every country in the European union receives at least four weeks of paid vacation.  In the U.S., the average amount of vacation time in the private section is just 16 days.

Austria is said to have the most time off with 22 paid vacation days as well as 13 holidays per year.

Although rested employees may not always translate into higher productivity, it does go a long way towards how happy your they are.  That counts for something, right?

Well, probably not if you own a business.  The only way most companies feel as if they can compete with others is by working the stew out of their employees.  And if you think that it's bad now, then just give it another decade or so because the U.S. has slowly gotten worse over the years.

Back in the early 80's, it was not uncommon to see most businesses closed on a Sunday.  Especially in the South.  Sunday was once a day for families to be together. Outside of a pharmacy and a gas station, you really didn't find too many businesses that were open.  Until someone decided that if they opened on Sundays then they could get a leg up on the competition.  Cha-ching.

The same can be said for holidays.  Thanksgiving is probably the most family-oriented holiday in this country.  I remember families coming together and everyone relaxing after a huge meal.  Now interrupt it for "Good Friday" sales (on Thursday).  Gone are the days where families could enjoy each other's company and/or get some relaxation.  Now they have to interrupt that holiday because someone has to be at work to prepare for the stores to open that evening.

And the only thing most businesses love to do more than making a dollar, is making two dollars.  Unless you're Chick-Fil-A.  That's a business that still thrives despite being closed on Sundays.  They think that allowing an opportunity for families to be together for at least one day during the week is more important than money.  Imagine that!  But, for every Chick-Fil-A there's 100 businesses like Walmart who are pretty much open 24/7.

America doesn't care if you're overworked and underpaid.  After all, what are you going to do about it?  Vote for someone other than a Democrat or a Republican?  LOL!
at 2:00 PM No comments:
Email ThisBlogThis!Share to TwitterShare to FacebookShare to Pinterest
Labels: corporate america, corporate greed, europe, sunday, vacation, working
undefined Jackson, MS, USA

Do We Over-Sexualize Female Role Models? 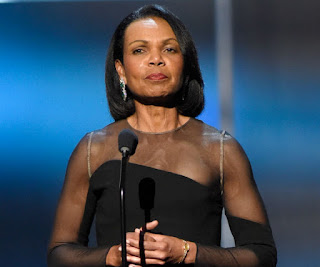 How many mainstream female celebrities out there aren't hot?

Did you come up with anyone other than Condoleezza Rice?  :)

Okay, I shouldn't pick on Condi. I asked that question from a cynical standpoint.  Let me try again...

I recently read a quote by singer, Rosie Lowe, that talked about how Beyonce and Rihanna reinforce stereotypes because they sexualize their bodies to promote their music.  Therefore, they are bad role models for young women.

First of all, I see what Rosie is saying, but I don't agree with it.  Entertainers are just that.  Stop making them into more than what they are.  Although that's very hard to do when adults are slobbering over these celebs even more so than the kids.  Have you seen Facebook timelines after a Beyonce video gets released?  It will make you think that Jesus has returned.  And that's not Bey's fault one bit.  If her body and how it moves brings in just as much money as her voice, then why shouldn't she make money off of them both?

Most female celebs probably couldn't care less how the use and display of their bodies affect your daughters as long as your kid is watching them and buying their products.  The responsibility falls on mom and dad to raise their kids, not some R&B singer who doesn't even know that your child exists.  Parents should teach their child that twerking on the Billboard Awards for a paycheck is different than twerking at the club for a drink.  Much different.

But, let me return back to the topic: do we over-sexualize female role models?  Yes.

We have even gone as far as commenting on the bodies of the current and the previous First Ladies of the United States.  Even when some sick-in-the-head female teacher takes advantage of one of her underaged male students, what's the first thing that comes out of some guy's mouth: "Man, she's hot enough to have any dude she wants, why does she want a kid?"

No woman is off-limts to being rated.

Will it change?  Not in my lifetime.  Should it change?  Absolutely.  No one should look at a successful, good-looking woman and wonder if she's actually achieved her status by hard work or was it given to her because of her looks?  After all, we don't rank men based on looks.  Do you know how many ugly dudes are on TV making a nice career for themselves?  Steve Buscemi is worth $35 million dollars!

That's completely unfair to women and we need to find some way to stop it.  Talent is talent.  Looks need not apply. 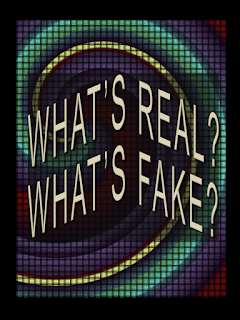 I don't have kids.  However, if  I did, I would school them on discerning what is real and what is fake when it comes to people.  My instruction to him/her would be: everyone is fake until proven otherwise.  Period.  It doesn't mean that you shouldn't respect them or not treat them fairly.  It just means that you don't submit your feelings to them until they are deemed worthy.  Then I would teach that child what questions to ask to help determine someone's authenticity as well as how to pay attention to actions.

Because it's not easy out here to avoid people who have agendas not congruent to your own.  It doesn't necessarily mean that they are bad people.  It just means that you don't want the same thing or maybe you don't wish to take the same path to arrive to a common goal.

I was thrusted back into the dating world back in 2012 after the death of my wife and I was not ready at all.  I moved way too quickly and found myself in multipe situations with people who did not prioritize my heart.  T.I. once rapped that, "...all I wanna do is just feel love.  Even if I know it ain't real love..."  That applied to me 100% and I had to be honest with myself and realize that I was approaching things completely wrong.

Those experiences allowed me to grow and flourish to become something even better than I thought I could be.  I'm so thankful for that.  But those experiences also taught me to trust what I see and to not allow myself to get consumed in something that's not meant for me.

I guess what I'm trying to say is: we usually know when something is not genuine.  We can even pick up on people who are fooling themselves just to try and fool us.  What we need is the confidence and courage to walk away from it until something better comes along.  Because we deserve the best for ourselves.
at 2:00 PM No comments:
Email ThisBlogThis!Share to TwitterShare to FacebookShare to Pinterest
Labels: agendas, authentic, dating, fake, genuine, relationships
undefined Jackson, MS, USA

Spouses Have To Evolve 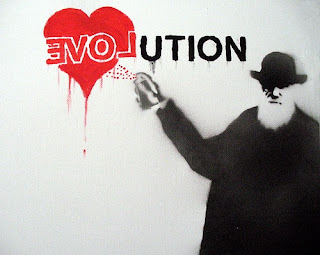 I just had an interesting conversation with a friend about how some long-term marriages can sometimes fall apart.  So many of us have the misconception that once you're married, you're safe.  After "I do", then you think that you can just sit back and relax forever.

Well, that's not the case at all.  It's safe to say that if your marriage makes it long-term (10 years or more), that you're well beyond most incompatibility issues.  However, there are long-term concerns.  Most of them center around evolution or the lack thereof.

Although "love is blind", we shouldn't be.  Some of us don't change, yet we fail to pay attention to our spouses changing.  My friend said that, "it's important to grow individually and collectively.  If only one person is growing, then they outgrow the other."

Very true.  Marriage is a journey.  You may have to do something different stylistically, intimately, or even open your mindset to change in order to keep up with your spouse.  For example: let's say that you marry someone who at one point, just like you, loves to eat junk food and sit on the couch and watch movies.  For ten years, this is what the two of you enjoy.  However, now you're approaching your 40's and your spouse starts to get concerned about health issues.  So, they join a gym and work out regularly.  If you choose to not evolve with your spouse, then you run the risk of an eventual issue in the marriage.

I guess what I'm trying to say is that the saying,"you should accept me for who I am" applies to both spouses and not just for the one who refuses to change.
at 2:00 PM No comments:
Email ThisBlogThis!Share to TwitterShare to FacebookShare to Pinterest
Labels: comics, hollywood, money, movies, race, women
undefined Jackson, MS, USA
Newer Posts Older Posts Home
Subscribe to: Posts (Atom)