Prince is the Epitome of Musical Greatness 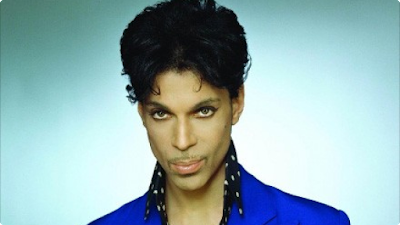 Many great musical artists have come and gone in my life, but this one feels different. I enjoyed Luther. I adored Whitney. I was awed by Michael. But none of them delivered art to my senses like Prince.

Not just music, but fashion, color, acting, and dancing. Prince was a multi-tooled performer and to think that his talents are gone forever is such a shame. This is a man who spent almost 40 years of his life bringing us music that we've dance to, nodded our heads to, and definitely made love to. He went from being labeled as a "freak" and "weirdo" in the late 70's/early 80's to literally being considered royalty just a decade later.


I have a cousin who is from Minnesota and has encountered Prince on several occasions.  I haven't spoken to him since Prince's death, but he has a ton of stories to share about him.  Just like me, my cousin listens to music "from the inside-out."  It's difficult to explain, but it's essentially focusing on the accompanying instruments first and working your way to the more dominant instruments like the bass or drums later.  It's making an attempt to "hear a song within a song" is the best way that I can put it.

Prince was a master of giving you that little extra that a lot of people would rarely notice no matter how many times they'd hear a particular song of his.  I have such an appreciation for what he did and it's a shame that it ended last Thursday. 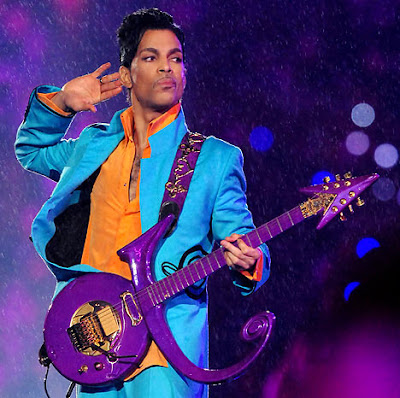 I'm not one to mourn celebrities like I mourn people I actually know personally.  I just don't get attached like that to people that I've never met.  However, I do miss the talent when it is taken from us.  We don't have a lot of musicians left.  We don't have too many music artists who are so talented that other A-List celebrities stutter when trying to speak to them.

Prince was a one-of-a-kind entertainer and his talents will be missed dearly.  A friend of mine posted this lyric on Facebook that very much describes how so many people felt last week.  It comes from the Parade album which was the soundtrack to the movie, "Under the Cherry Moon."


Sometimes it snows in April
Sometimes I feel so bad, so bad
Sometimes I wish life was never ending,
And all good things, they say, never last

The Dynamic Between Black Men & Women

There are so many bad things going on in the black community and some changes need to be made. That includes education, jobs, crime, and more. However, something that definitely needs to change is the dynamic between black men and black women.

We as black people have gotten so out of hand that we don't think that a relationship is normal unless it's combative. How crazy is that?  We think that loud, brash females are "strong" and that disrespectful, aloof males are "hard."

Black baby mamas and daddies try to get leverage on one another (at the expense of the child).  Black men and women always want to say what the other gender is doing wrong without ever evaluating themselves.

The dynamic between black men and black women is atrocious and has been for decades now. Every new interaction between a black man and black woman is potentially a bad experience. A black man's approach to a black woman can get sideways pretty quick and those who have been around it know that I speak the truth.

Some black guys treat every woman the same way.  They make no attempts on trying to distinguish a corporate woman from a THOT.  Ladies are all just lips, hips, and finger tips to these guys.  They step to them all the same disrespectful way and ruin her day with immature foolishness.

These guys make it very difficult for a man with good intentions to even get her attention.  She gets so many disrespectful Facebook inbox messages and so many "Say, Slim?" remarks at the gas station that things of that nature make her assume that the next guy, who may be nice, will be as "thirsty" as the last guy that approached.

On the flip side, some black women tend to think that just by being a black man that you have to accept certain qualities about her.  Some feel that you must allow and account for her less than pleasant and negative reactions to different things simply because "it's what black women do."  As if not putting up with stereotypical black woman qualities, that have made reality TV billions, somehow make you less of a man.  That's the dumbest thing I've ever heard in my life.  You're proud of being an a-hole?  Really?  SMH.  Act like a lady and maybe someone out there will treat you like one.

So, much has to change in the black communities, but the relationship between the black man and black woman may be the most important one. Once that's solved then everything else will start to fall in place. But it can only happen if both sides treat each other with respect and that task should start with the men.

I know that a lot of guys are frowning and mentally throwing shade on the post because you expect women to do everything first, but there's a reason why I say that:  Black women have never stopped loving black men.  Despite our differences, the frustration from some women is the fact that they still love us, yet we don't reciprocate the love.  We've abandoned her in a storm (it doesn't matter the reason) and she's waiting in the rain for us to come back.  It's up to us as men, to get our women out of the storm.

The very essence of a man is that you take the lead! That doesn't mean in some things, but in all things. That includes extending an olive branch to our sistas to reclaim the relationships that we once had back in my parent's generation.

Love, honor, respect, and and most importantly, protect her and she will love you in return with an undying passion.  Her uplifting words will give you the confidence to take on and defeat any of life's obstacles. 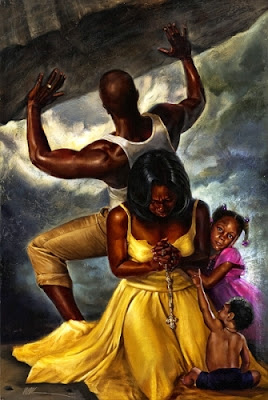