Never See A Marvel Movie with a Non-Fan 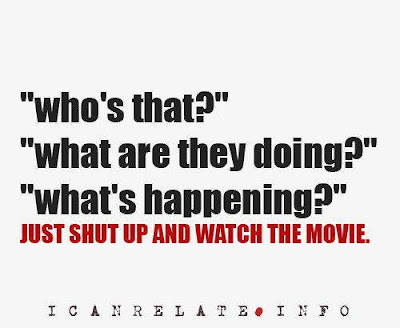 Okay, so I've been waiting to see Captain America 3 since it was announced a couple of years ago.  I'm a single guy, so I found myself in a situation in having to find someone to watch the movie with me.  After all, I've never been one to do movies solo.  So, I decided to call a few people to see if they were available.

I called and asked one lady if she was interested and she told me "no."  She wasn't into comic book movies.  I appreciated her honesty.  I don't know if she's ever given the Marvel movies a try or not, but I guess she knows her limits.

I texted another young lady and she was busy attending a Beyonce concert in Houston and wasn't able to go.  Beyonce is a ticket just as hot as Captain America around these parts.

So, the 3rd time's the charm, right?  Yeah. that's what I hoped.  Worst. Movie. Experience. Ever.

Never see a Marvel movie with a non-fan.  Just don't do it.  I asked her if she'd ever seen any of the other Captain America movies and she said "no."  I should have hit the eject button at that point.  When people don't understand the backstory to characters and the concept of super powers, then it can get very annoying in the theater.

"How can the red head survive these fights without super powers?"

"Does Captain America's shield give him powers?"

"Why is Spider-Man a boy?  Wasn't he grown in the last movie?"

"Jeremy Renner doesn't do anything except shoot arrows?"

Well, that one is a legitimate question.

Anyhoo, the questions became so much for me to handle that I simply asked her to take mental notes and I'd answer the questions after the movie.  That was also a waste of time.

Memo to self: when you see X-Men this weekend, take someone who has seen and enjoys Marvel movies. 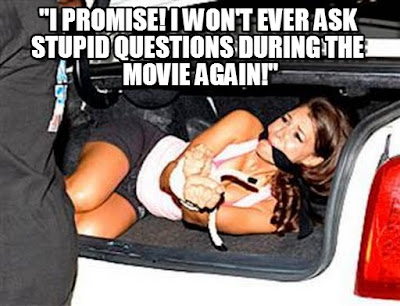 Men's Guide to Preparing to Date 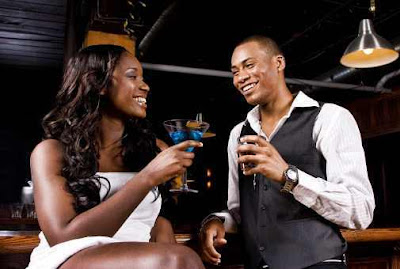 As a guy in my 40's, I won't claim to understand women.  "Women are to be loved, not understood" is what someone once said.  However, I've picked up on some things in my time on this planet to at least get a gist of what mature-minded women want.  And that's a man who does not "feel around in the dark" for lack of a better phrase.  Know where you're going and how to get there at all times, fellas.

So, I want to help the guys out there, who think they're ready for a relationship, get a to-do list together.

The first thing that you must do is be worthy of dating!

How often do dudes who are in the middle of some drama-filled ordeal, or unemployed and broke, or just not in the right place mentality, try to holla at a lady?  It doesn't make any sense.  It's like packing for a trip overseas without buying a plane ticket.  How are you getting there?

Make sure your house is in order before knocking on someone else's door, fellas.  You only have one mother, so make sure your life is at a place that doesn't require you to look for another one.  Be able to take care of yourself and a family before engaging a woman in something serious.

If she's over 30 years old, call more than you text.

I don't understand the entire "textationship" that some people enjoy.  Maybe because I value a line of communication that actually conveys emotion and inflection.  I'm not frowning on texting, but there's a time and place for it, if you ask me.  You can text later in the relationship as the two of you grow.  But I'd avoid overdoing it to start things off.

Let a woman hear your voice and see your face.  Allow her to learn your facial expressions and body language first and that will allow your messages to have personality.  It's easy to get the wrong impression of someone if you try to learn them via text.  You'll feel as if you know one another because of the volume of messages, but you'll find out that you really don't know each other at all.

Take charge and plan the date.

More times than not, ladies will allow a guy to take the reins and determine where the first date will be.  I am so surprised at how many guys I've met who do not know how to effectively plan a date with a woman.

Hopefully, this will help some of you guys looking for something long-term with a special someone.  You have to have a plan for everything you take seriously.

at 7:09 PM No comments:
Email ThisBlogThis!Share to TwitterShare to FacebookShare to Pinterest
Labels: chivalry, dating, how to, men, planning
undefined Jackson, MS, USA

AllThingsMine is your very own FREE personal gadget assistant. Whether you want to find the best deal on a new device, get helpful gadget-related advice or stay notified about important warranty information – AllThingsMine is here to help you manage your devices better.