You All Are Still Mad At Michael Vick? 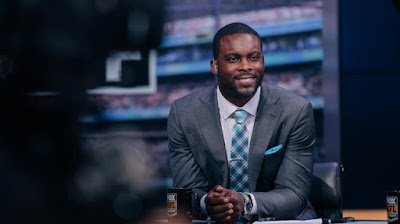 There is an online petition circulating the internet that wants to prevent Michael Vick from being a team captain in the 2020 NFL Pro Bowl in late January.  Over 350,000 people have signed the petition as of me writing this.  The general consensus is that Vick doesn't deserve that honor because of a crime he committed before way back Barack Obama was even elected president.

Over a decade ago, Michael Vick served almost two years in prison for his involement in a dog fighting ring.  Since then, he's done a lot to make amends for the torturing and killing of dogs in which he helped facilitate.  Here's a quote from him from several years ago:

“I just try to make it right after going through what I went through, after what transpired.  The best thing to do was make amends for what I did. I can’t take it back. The only thing I can do is influence the masses of kids from going down the same road I went down. That’s why I work with the Humane Society and affecting a lot of kids’ lives and saving a lot of animals. We’ve had lot of a progress. We’ve been able to change some laws and do some great things that I’m very proud of.  I never thought I’d be doing that.”

The purpose of jail is to punish and rehabilitate.  This man has served his time and has since become an animal rights activist.  Why are people forever hating on his right to live his life?  They should be applauding his efforts to change his life's story.

I'm not saying that people can't be somewhat bitter of such a horrible crime.  We all have things that leave a bad taste in our mouths.  But to put forth an effort to prevent someone (who has not been in trouble for over a decade) from working seems a bit much in my opinion.  Especially considering the more heinous acts of murder we've seen against humans that don't warrant nearly the attention given to animals.

All I'm saying is, "be consistent."  If you think that Vick should be forever trolled for what he did, then do the same for Dylann Roof, Casey Anthony or (insert name of cop who has unjustly shot an unarmed black/latino here).

We're so desensitized to humans killing humans, but we totally flip out when an animal is killed.  I recognize that animals are considered family, but if you can sign a petition to keep Vick from working more than a decade after an incident, but won't do the same for an unarmed black man getting shot unjustly then you are a hypocrite.  Or you lack priorities.  Take your pick.

The nation applauded Brandt Jean as he hugged and forgave Amber Guyger for killing his brother in cold blood.  When she gets out, I seriously doubt that there will be petitions going around trying to prevent her from working again.  Thank goodness she didn't shoot a dog.

Let it go, people.  Michael Vick did his time and he's doing more for dogs now than most of you ever have.
at 11:39 AM No comments:
Email ThisBlogThis!Share to TwitterShare to FacebookShare to Pinterest
Labels: animal rights, crime, dogs, forgiveness, hypocrisy, michael vick, nfl, pro bowl
undefined Jackson, MS, USA
Newer Posts Older Posts Home
Subscribe to: Posts (Atom)