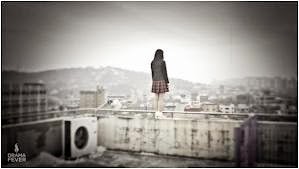 You walk to the edge of the building's roof and you stand on the ledge. You look down and try to gauge how long it would take you to drop the seventy-five feet between you and the pavement.  Seven seconds?  Six seconds?  Do you swan dive or just drop feet first?

The sounds of traffic become muffled as the increased rhythm of your heartbeat moves its way to the forefront. You close your eyes knowing that your equilibrium could be affected by it. But, you don't care because you want to feel that exhilarating rush! Balance equals safety and there's no excitement in safety.  You need adrenaline more than ever right now! It's all about this moment!

Then you take a step... back onto the rooftop and open your eyes. Your heartbeat slowly starts to return to normal. Traffic sounds are now distinctive again. You are once again in a safe place.


Ladies, is this what a relationship is like with a bad boy?
at 12:00 AM 12 comments:
Email ThisBlogThis!Share to TwitterShare to FacebookShare to Pinterest
Labels: bad boys, excitement, relationships, women
undefined Jackson, MS, USA

XX vs. XY Presents The @CurvyMomager 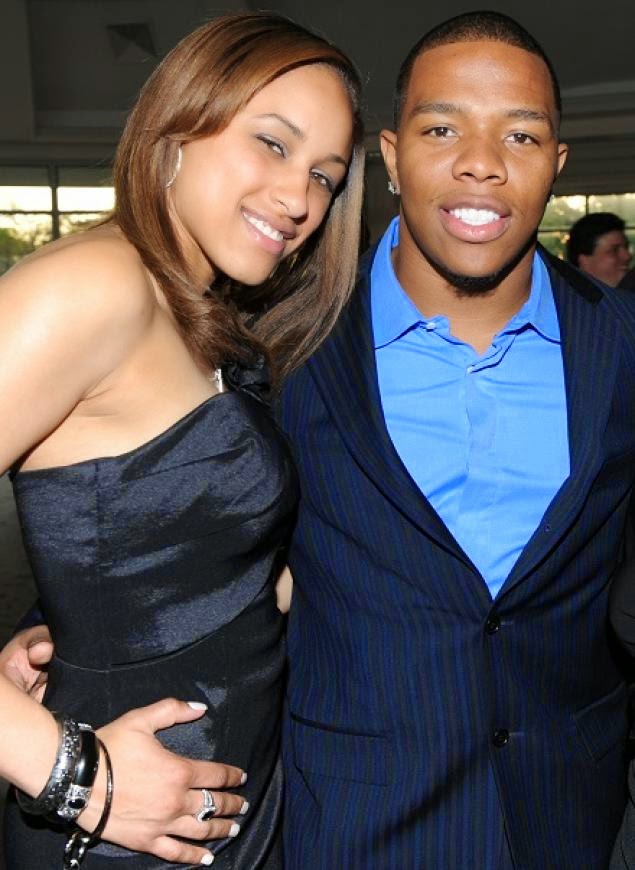 Welcome to the first installment of "XX vs XY" as Q mixes it up with a female guest blogger!

This is a new series that you will see every now and then that takes a view point from a woman's perspective and puts it against my viewpoint from a man's perspective.  The guest and I won't necessarily be challenging each other on a topic, but instead will be  discussing it from our points of view.  It could be two totally different angles on the same subject which will display how the genders' minds work.

It should be a lot of fun and I have to thank my first guest for the idea.  I did a "He Said, She Said" with her on her blog site that you can read at the link.  That prompted the idea for me to do the same and start a new series here on Thank, Q.

So, I decided to reciprocate and ask my California (by way of Michigan) counterpart to join me in a discussion about the tragedy in Baltimore that has been all over the news stations.

Who is this woman I'm speaking of?

She's Robin Peppers-Hunt aka The Curvy Momager.  She has a blog and she does YouTube videos that follow her journey though "singlemommiehood" as she manages the lives of two children while balancing her own.  You can check her out over at www.CurvyMomager.blogspot.com.

An open letter to Janay Rice...

Dear Janay, you've had a crazy few months. Some of that unfair evaluation from others but most of it because of the ultimate decisions you've made. True, as you stated in your Instagram message to media and the public, "We don't need to be all up in your families business." but look at who came to your rescue after your fiancé Floyd Mayweather'd you in that elevator...a complete stranger.

So excuse us if we are invested in seeing you getting help for not only you but Ray. As a woman that has been through relationship issues (none as severe as this), I don't point a finger at you but want you to realize that unless you are called out on REAL ish, you will keep blaming the wrong people. Look at the mirror, shifting you paradigm is going to be paramount if you are to put your life together.

I'm in no way a professional, don't claim to even be a relationship expert.  I just want you to be the one that says, "I'm not accepting less just because someone thinks I should." As for Ray losing something he worked so hard to obtain is not a "nightmare." A "nightmare" is kids that don't eat on a regular basis, people that have limitless potential and waste it, women that don't leave damaging relationships when they know they should.

Wait...maybe you are right but the "nightmare" is only going to get worse if you ignore what needs to be done. I hope things work out for each of you but you have to accept the public's opinion because truly we are the ones that have your back.

Now it's my turn and I don't even know where to begin. I hope some day that the photo at the very top of the screen will be the norm instead of what ESPN has running on a loop every 12 minutes.  None of this would have happened if Ray would have attempted to restrain his wife instead of hitting her. That is the bottom line. However, since that's not what happened, let me address why the NFL turned on him: Roger Goodell.

The NFL commissioner has allowed Ray Rice to be turned into the poster child for domestic assault. Goodell did so by claiming that he never saw the video from inside the elevator which is hard to believe. The NFL has former FBI employees working for them yet TMZ was able to obtain the video from up under their noses? Yeah, right.

Look, the court of public opinion is stronger than any justice court. Despite Ray and Janay both being charged with what was essentially mutual combat, the people spoke and Goodell responded.  However, he did so without revealing that he didn't think the incident was all that bad until it went public.  Ray Rice wasn't essentially banned for the league for hitting his wife.  He was banned from the league because you saw him hit his wife.

And that hypocrisy is why the NFL has been in a downward spiral with discipline since The Emperor's Goodell's arrival.  That's why a man, who definitely should have been punished, is out of a job while a 3rd player since '98 who killed someone while driving drunk is getting an opportunity to play this season.  Punching a woman is a horrible offense, but it doesn't trump killing someone with your car?

Maybe if TMZ had a video of it then it would. 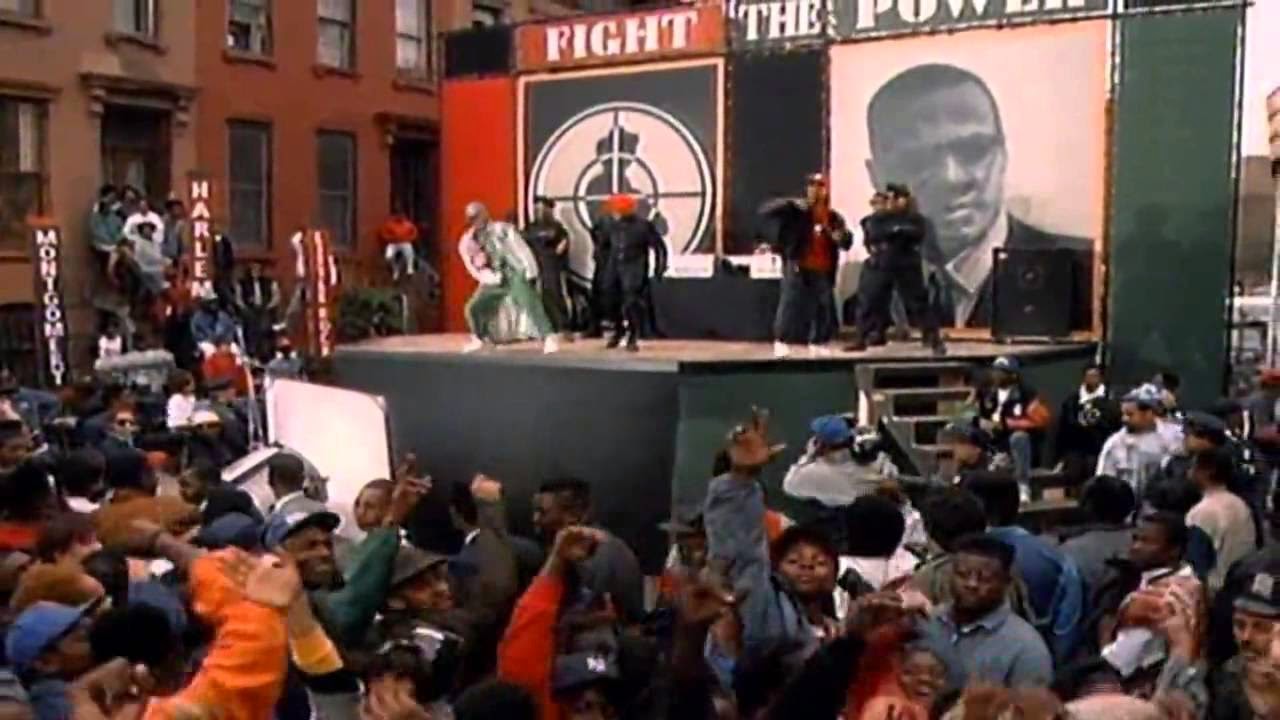 I remember turning on the TV and seeing this video for the first time. I was mesmerized as a 16 year old to see the power within the video of a group of people coming together for a united front.  Even at such an early age I recognized what that video meant to me as a black teen.  It meant that there was still work to do to bring about equality in the United States among the races.  I had no idea how much more this video would mean to me 25 years later after Michael Brown and Ferguson, MO.

Seeing the unity that "Fight The Power" displayed in a rap video was nothing short of amazing.  This wasn't a group of rappers coming together on their own for a cause like "Self Destruction" or "We're All in the Same Gang."  This was a video about a rap group marching down the streets of Brooklyn during the time of a political rally and the people just randomly started joining in.  It was just recently that I found out that the neighborhood people showed up only by word of mouth.  There was no plan to have them all there.

I got on board the PE train with their first album, "Yo! Bum Rush the Show!" in 1987.  I was fascinated with the side of blackness they taught that I couldn't get anywhere else at the time.  Remember that this was roughly five years before people starting regularly using the Internet.  In fact, a majority of the black history that I learned as a youth came from listening to Public Enemy.  I would listen to their album and then go to my city library to learn about the people they mentioned.   Stokely Carmichael.  H. Rap Brown.  Huey P. Newton (Huey Freeman on the "Boondocks" series is named after him).  These were people that were never talked about in any history books that I read at school.  And regardless of how people felt about them and what they represented they were still a very important part of black history which is essentially American history.

The video also contained images that will forever be embedded in my brain of Angela Davis, Medgar Evers, Jackie Robinson, signs that encouraged voter registration, and most importantly, youth participation.  There were kids everywhere in this video.  Also, one of the most powerful scenes at the time was at the 6:00 mark when teenager, Tawana Brawley, was shown standing in all white.

Tawana was part of a huge rape case back in 1987 when she accused six white men of raping and defiling her.  Although it was ruled in 1988 that she made up the false allegations against her accusers, she has always stuck by her story and said that the rape occurred.  Seeing her smiling and participating in the video was a sign that she was still standing strong with the support of the black community.  The community had her back.  That sentiment was also shown in Spike Lee's movie, "Do The Right Thing," with a scene that displayed graffiti on the wall that said "Tawana told the truth."  I can still remember the applause in the theater when people saw it during the movie.

"Fight The Power" would prove to have an impact on the consciousness of many people of all colors as it depicted how black people came together to promote unity.  Another important part of the video to note is that it showed how blacks can be peaceful yet firm in making an impact on society.  Despite the "nervous" police presence according to P.E. front man, Chuck D, there were no incidents.  Not one.

Enter 2014.  Music has changed tremendously.  The only people rapping about political consciousness aren't on the radio.  Gone are the days where KRS-1 is rapping "Why is That?" or Gang Starr is dropping knowledge on "Who's Gonna Take The Weight?"

I'll continue to hold on to old school rap although I know it's next to impossible to pass down to younger generations.  They just aren't buying into things from back in the day.  However, I'll do what I can to expose them to conscious rap with hopes that it catches on.  I won't let Public Enemy die with my generation.