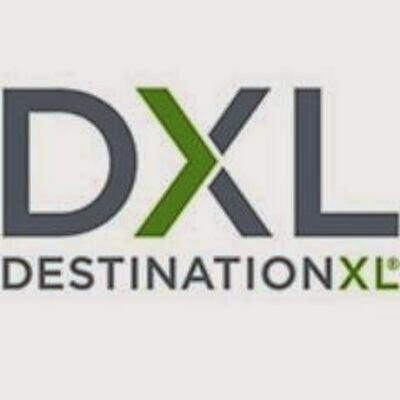 And I stress the word "HORRIBLE!"  However, this is par for the course in today's America.  A lot of today's companies have little interest in keeping you satisfied as a customer.  They just want your money.  If you're inconvenienced or wronged in any sort of way by them then that's just something you have to deal with on your own.

I went to Destination XL (Jackson, MS) on 3/16 to find a new pair of dress pants.  I've shopped at this particular location for at least 10-15 years.  Before they re-branded themselves as DXL they were known as Casual Male.  I don't know the employees in the store by name, but I've shopped there long enough for us to recognize each other's faces.

I found a pair of pants in my size for the waist, but the length was too long.  After all, they're called "Big & Tall" stores and not"Big & Short."  So, the lady who worked there asked me if I just wanted to order a pair online from within the store and have it shipped to my house.  Although I needed the pants sooner than later, I decided to go with that option rather than buy the lengthy pair I had in my hands and paying someone to hem them.  The lady verified my info, placed the order for me, and told me that it would be 5-7 business days.  I got my receipt and left satisfied.

Today (six business days later) I received a package in my mailbox.  Although I'd hope to get the pants in 3-4 days, I wasn't upset because it did arrive within the window they promised.  I got the package inside and popped it open.  Instead of a pair of black slacks, I pulled out a Carolina blue polo shirt in a size 7XLT.  Now, I'm a big dude, but I'm nowhere near a 7XLT.

I double-checked the receipt to see if I received the wrong package.  But the receipt showed that the package contained one pair of black slacks although that's not what I received.  Go figure.

Now, I'm a bit ticked off that I've waited a week to get the wrong order.  I know that it's not the fault of the employees in the store, so I don't show my frustration.  The lady took my receipt and a manager showed her how to refund my item without the item actually being present.  She asked me to sign a receipt showing a credit back to my card and she handed me a copy.  I said "thank you" and she said "you're welcome" and she went on about her business.

I paused for a second and thought that surely at least I'd get an apology, but no, that wasn't the case.  Despite waiting a week for merchandise I never received and having to make a 2nd trip to the store, I never even got a "we apologize for your inconvenience."  And as petty as that sounds, because I left that store with a bad taste in my mouth I don't plan on ever shopping there or any of their locations again.  I will order my items strictly online or go to the mall.

I'm not one to look for a handout just because a mistake is made.  You don't have to give me a coupon or something free.  However, when a mistake is made I do expect an employee to apologize on the company's behalf.  I definitely expect a manager to know better.  But these two employees didn't feel the need to do that.  They're probably not even trained to do so because why should Destination XL care how I feel?  Either I'm giving them money for their product or I'm not.  Fat people have to shop somewhere, so they know that I'm not going to Old Navy without a serious weight loss plan.  Why bother to put forth the effort to satisfy me?  And I know this may have had more to do with the actual people than the store itself, but I have had other complaints about DXL that I'm omitting at this time.  This was just the icing on the cake.

An apology can go a long way in any situation, business or personal.  I stopped doing business with Edible Arrangements because of their lack of empathy in screwing up a Valentine's Day delivery.  How are you going to deliver something after everyone has pretty much left the office for the day?

But some people wait for you to start to walk away before they apologize.  I'm sure that if I would have said, "I'm never shopping here again" that I would have received an reactionary apology.  But, I've been coming there for 10-15 years.  I'm not going anywhere else, right? 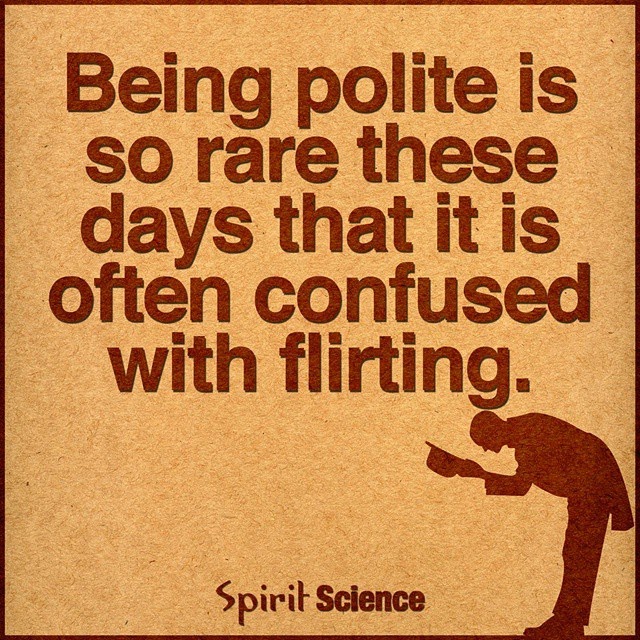 How sad is it these days that when you're nice to someone they can get suspicious of you? Does everyone who does something for you want something in return other than a "thank you"?

Pretty much. That's the society that we've created in the United States. A bunch of selfish and entitled people who can't see past their own feelings. And as you can see, I'm disgusted by it.

I'm was walking in downtown Jackson recently and it was raining. The building that I was leaving had a cover over the front steps and I was about to walk across the street to a garage. However, the rain seemed to pour down rain even harder once I reached the bottom step.  I could barely see 15 feet in front of myself.

Luckily, I had my large umbrella with me and I opened it up and got ready to cross the street. A lady came out of the building without an umbrella and made her way down the steps to make a run for the garage through the rain. I asked her, "Would you like to use my umbrella? I'm rocking a bald head, so the rain won't bother me. I can just get it from you on the other side."

She turned up her lip as if she was offended by my gesture and said, "Why would you do that for me?"

Ignoring her negative demeanor, I replied sarcastically in question, "So that you don't get wet? You don't want to mess up your clothes, do you?"

She sat idly for a second as she appeared to be pondering the pros and cons. All while she looked at me as if I was playing some sort of con game on her. Before she could respond, I simply turned around and walked across the street with my umbrella. She may have said something to me as I walked off, but the rain was hitting my umbrella so hard that I couldn't make out if she did or not.

Look, I'm all for being cautious, but not to the point of paralysis. I asked her if she needed my umbrella not to get into a windowless van. She was so hesitant in her thinking that she probably thought that I was going to hit on her for allowing her to use my umbrella to cross the street. I didn't ask for her to get under my umbrella with me and walk together. I didn't ask for her name or number. I was simply trying to do what I thought was the right thing.

I'll give her the benefit of the doubt by saying that maybe she's had a ton of bad guys disrespect her to the point of skepticism.  I can halfway understand that and if that's the case then it's just a sad way to have to live a life.  A lot of people do want something for something.  Quid pro quo.  Not many do something for the sake of being generous of chivalrous.

Evidently that's so rare these days that people expect it to come with a cost. Unfortunately, it's her loss because when I drove by her on my way out of the garage she was soaked.
at 10:58 PM 4 comments:
Email ThisBlogThis!Share to TwitterShare to FacebookShare to Pinterest
Labels: chivalry, method of thinking, skepticism, storytelling, weather
undefined Jackson, MS, USA

How the Con Game Was Foiled 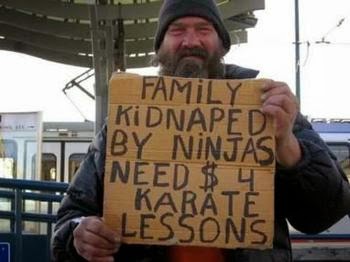 It was shortly after lunch on a gorgeous 62 degree day in downtown Jackson a few weeks ago. I'd had a somewhat satisfactory meal and I was on my way to an appointment when I was approached by a man in the parking lot of the restaurant.

He had a beard in serious need of grooming. His clothes appeared dirty and tattered a bit yet he had a kind and gentle demeanor to himself. "Excuse me, sir," he started, "but may I ask for your help?" "What's going on?," I asked. "I'm from Tupelo and I'm stuck down here. I don't have any money and I don't have means to get in touch with my family. Is there a way you can help me out?," he asked.

I'm thinking to myself that I don't have time for his sob story. Although there are people on the streets who truly need help, there are a ton of others who are just lazy or are con artists. It's difficult to determine which is which, so I choose to donate my time to charity rather than money most of the time. I don't know if the guy could sense my reluctance or not, but he continued with his story. "Sir, if I could just get a couple of dollars then it could go a long way towards me getting home. My mom..." (a muffled, generic ring tone plays) I tilted my head one-sided a la a German Shepherd when I heard a ring tone coming from the man's jacket. He took a deep sigh and without ever taking his eyes of me, he reached into his jacket and pulled out a cell phone. Not just a cell phone, but a smartphone. Not just a smartphone, but a really nice smartphone!

It appeared to be an HTC M8 which was something that I wanted at one time. He silences the ring tone and places the phone back inside his pocket. His eyes never left me throughout he process. I took my eyes off of his jacket and refocused on his face. He had this look of defeat that was priceless! And if we were on cue, at the same time we both erupted in laughter. Me and this "homeless" dude laughed for a good 30 seconds as if we were sitting front row at a Chris Rock comedy show.

How many homeless people have HTC smartphones? And he had no way to get in touch with his family? This guy was one of the reasons a lot of people shun the homeless and needy. A lot of us think that we're being taken advantage of to line the pockets of someone who doesn't need it, someone who will drink/smoke the money up, or someone who is just too lazy to work.  It's a shame because there are those out there who truly need help and can't get the boost that they need to get back into society. Despite all of that, I wasn't angry with this guy because I was too busy laughing at how his con game was foiled.

As I turned to walk off, still laughing and wiping tears from my face, the guy says, "I guess I should turn that ringer off, huh?" I never even looked back as I agreed, "Yeah, you should!"

I'm guessing that if I ever run into that guy again in downtown Jackson that he will definitely remember me. And I'm sure that we'll laugh all over again.
at 5:21 PM 2 comments:
Email ThisBlogThis!Share to TwitterShare to FacebookShare to Pinterest
Labels: cell phone, con artists, homeless, scam, storytelling
undefined Jackson, MS, USA
Newer Posts Older Posts Home
Subscribe to: Posts (Atom)