I've been contemplating a trip.  I thought about visiting one of my homies in Pensacola to catch a football game with him at his favorite sports bar.  I considered visiting my brother in Dallas and maybe catching a game out there.  But, maybe I should get away to a place where no one knows me.  Maybe I should finally give Vegas a shot.

I've always thought about going there due to the many entertainment options.  The biggest dilemma for me is what should I do while I'm there?  There are tons of hotels, bars, nightspots and shows.  So, how am I going to know which spots are worth my time?

The first thing that I'm going to do is contact my Twitter friend, Cherie.  I know that Ms. @Redhead_702 will do what she can to recommend all of the premier entertainment options for Vegas.  I follow her Twitter timeline like a hawk and she always seem to find the best eating spots and parties in the Vegas area.  I also think that @Ida_homie has been there a few times as well, so I'd love to hear his input.

Now, I'm not really the partying type (any more), but I would be open to going some where and watching people enjoy themselves on the dance floor.  I'm just not going to get out there myself and pull a hamstring.  There's no fun flying home from a vacation with an injury, you know?  LOL!

I just want to get away for a while and add another city to my "Been There, Done That" list.  I got a taste of western living while in San Diego last month and I think I want to experience more of it.  Portland, Seattle, L.A. and San Francisco will be other places that I'll consider going forward, but now, Vegas is on my radar.  Since it is so far away, I really want to make sure that I maximize my time while there.  I definitely don't want to go that far and not have a comfortable stay as well as some stories to share.  And when I say "stories to share," I don't mean talking about a trip to the Bunny Ranch.  LOL!  I'm not a pay-to-play type of guy.

I'm hoping for an opportunity to go there this time next year. I usually take two trips a year and although I'm traveling alone now, I hope to continue that tradition. I came across a site that lists a few reasonable and inexpensive lodging options in Vegas, so I guess that's a start towards that dream. I'll do my research and await advice from some of my readers on the "where and what."


Do you have Vegas recommendations for things to do/places to stay?
at 8:19 AM 12 comments:
Email ThisBlogThis!Share to TwitterShare to FacebookShare to Pinterest
Labels: eating out, nightclub, travel, vegas

I've come across a lot of talented people since I started my blog.  I've met some really great writers, actresses, models, talk show hosts, singers, etc.  Well, now I can say that I've run into a pretty funny comedian in Jesenia Bailey.

I stumbled across her in a Facebook group which eventually led me to her YouTube channel.  I was treated to some very amusing impersonations as Jesenia took on multiple characters and pulled them off quite nicely.  To help you fet to know her a little better, here is some info from her website over at www.JeseniaBailey.com:

"Jesenia is a New York comedian/actress/writer/producer.  She’s a seasoned theater & film actress, having performed both comedic and dramatic roles.  Jesenia is also a stand-up comedian and has performed at all the major comedy clubs in NYC, including:  Carolines and StandUp NY.

Jesenia is currently pitching her webseries "BECOMING RICARDO", which is based on her signature character Ricardo Montalban, an off-beat, high-strung macho man.  The webseries will premiere online in August 2012.

One of Jesenia’s career goals is to become the FIRST Latina cast member/writer on a TV network Sketch Comedy Show!"

Jesenia does tons of characters and she appears to be an up-and-coming performer.  As you know, I absolutely love to see someone, who is good at what they do, excel to higher grounds.

So, I'm asking my TQ Family to help support someone once again by visiting Jesenia's Facebook page before Friday, November 23rd, to help her out.

By taking a minute, you can help promote a career and keep Jesenia moving in the right direction!  Go to this link and simply click "Like."  This contest is in place to help promote more Latinos in show business.  Jesenia could easily fit in with the SNL crew and ultimately into movies and your Like could help.

After you click the link, then stop on by her YouTube channel and check out her funny skits.  Here's a sample of the characters she performs below:

I can't believe the amount of stupidity that has flooded my Google Reader over the past week or so. President Obama gets re-elected and just when I thought people couldn't lose their minds even more, I was proven wrong.

Can't you take a butt-whipping like an adult?  I haven't seen this many people griping since Dave Chappelle walked away from his genius of a show and millions of dollars.

For those who read my blog regularly, you know that I despise both political parties.  I think that they both find different ways to get my money and pocket it.  Having said that, I still go out and vote for the lesser of two evils, for lack of a better phrase.  Sure, I could vote for a third party, but we all know that they never come close to winning.  Maybe if they got included in debates... oh, wait!  They aren't invited because they can't afford it.

Thanks to media campaign headquarters news stations like MSNBC and FOX News, people have completely lost their marbles.  These stations get people so riled up that they feel that a person's vote is a personal attack against them some how.  Example: this nut who ran over her husband with an SUV because he didn't vote (for Mittens).  You read that correctly.  Not a woman who got cheated on and got upset, but someone who was so distraught over Obama winning, that she took it out on her husband for abstaining from the polls.

Or, this guy killed himself over Obama's re-election.  He tooks some pills and left a note that said, "Do not revive!  F---, Obama!"  Now that's the true definition of a sore loser.  Why did he feel that it wasn't even worth living rather than dealing with Obama for four more years?

Although these stories should have been surprising... they weren't. Because people do extreme things to make a point these days. And they get no more extreme than ending your own life. Now, I've been mad in my life before, but ending my own life over someone getting a job has never crossed my mind.  Here's another example of a sore loser on Squatlo's page.

Now, I will admit that this goes both ways. I know some people who were so proud of Obama getting re-elected that you would have thought he was a relative. Sore winners, if that's a word. The people who wore their "Re-Elect Obama" t-shirt to work, the day after the election, knowing that it was going to start an argument.

But, I digress. Face it, Republicans: you put up a decent fight and lost. Admit it. Louisiana Republican and 2016 candidate, Bobby Jindal, admitted it and so can you.  Go back to the drawing board and maybe work on actually having a plan in 2016.  With Jindal and Chris Christie, at least your candidates will be a lot more interesting.


Don't you think too many everyday people are taking this re-election too personally?
at 11:00 AM No comments:
Email ThisBlogThis!Share to TwitterShare to FacebookShare to Pinterest
Labels: election, idiots, obama, politics, restaurant

I know that I've been missing from my blog and social networks for a while. It just wasn't a focus of mine over the past month or so. The love of my life, who I affectionately called "The Mrs.," is no longer with me. Her battle with breast cancer (since '03) finally came to an end at 2 AM on November 5th.

After we returned from her birthday trip to San Diego, The Mrs. checked into the hospital on 10/10 due to shortness of breath. One of the side effects from chemotherapy is the weakening of the immune system. She had complications from pneumonia which caused a fluid build-up on the lungs. Almost a month later, her body was too weak to recover from the surgery that she received to remove the fluid. What we thought would be a 24 hour hospital stay turned into 27 days.  Her mom and I stayed with her at the hospital during the duration of her stay.

The funeral was yesterday and although it was filled with tears and sadness, it was also an opportunity to move on.  I did my best to leave all of my sorrows at the gravesite.  Now, when say "move on," I don't mean forgetting.  I mean moving on with life which stops for no one. I definitely know that to be true because life didn't wait for dirt on my mom's grave to settle before this occurred.  My mom's tombstone for her grave had just arrived last week and I saw it for the first time when picking out a spot for The Mrs.

Last night was the first time I dreamed about The Mrs. since she died. In fact, it was the first time that I recall dreaming at all in quite some time. In the dream, she was her normal, healthy self. Nothing seemed weird about the dream at all and it took some time after waking up to even think about the fact that she wasn't sick. I guess that's just a hint to me that she's no longer suffering. 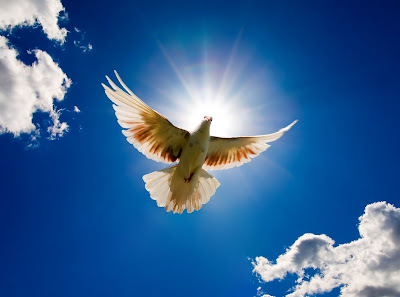