Cheating Is The New Norm 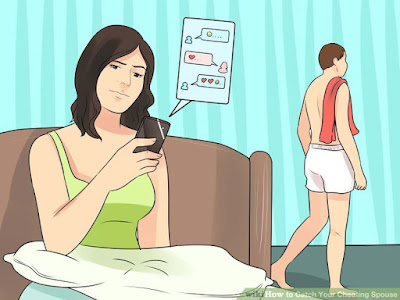 I know a ton of people who cheat on their mates.  Loyalty in relationships is a thing of the past.  Gone like the dinosaur.  Done.  Cheating is accepted more worldwide than Visa cards today.  And at the pace that we're going, it's not going to change any time soon.

However, we dudes get a pass.  There aren't too many guys in the U.S. who believe that their woman would leave them if they got caught cheating.  In fact, if I had to guess, I'd say that 8 out of 10 women would give him a second chance.  That's not scientific.  That's just my personal opinion.

What guy has an incentive to be loyal if he goes into a relationship thinking that he has "Get Out Of Jail Free" card?

Should guys cheat?  No.  Should women continue to take them back if they do?  No.  Once women stop that, then guys will slow down on the cheating.

As for the women, don't act like they don't cheat.  They cheat almost as much as the guys do.  At one point, women were very good at cheating, but now that's not the case in my opinion.  From social media blunders to physical tells, a guy only has to open his eyes and be unbiased to see it.

But, women don't normally cheat for the same reason that men do.  They usually cheat because they're looking to move on to someone that they think is better than what they have at home.  Maybe the guys isn't exciting enough and she craves a little more pizazz.  So, she'll go out and try to recruit something fresh and invigorating.

It's not uncommon for women to secure a new boo before dumping the old one.  After all, who wants to be alone, right?

Pay close attention when I say this: do not trust anything that anyone says.  Period.

People will woo you with words while their actions will drive a stake through your heart.  Don't fall for it.  Pay attention and if you find out that they're dishonest, then get out of the relationship cold turkey.  Don't drag it out or pray that it gets better because it won't.  You have no guarantees that a person will change, so why waste your time?

Actions will speak louder than words every time and these days I approach relationships with ear plugs and you should, too.  Don't care what they say, but only what they do.  Do they do what you say they're going to do?  If they do, then the two of you should get along just fine.  If they don't, then don't not waste time with them.  Just push on like Flintstone.  Because these folks are cheating out here in these streets. 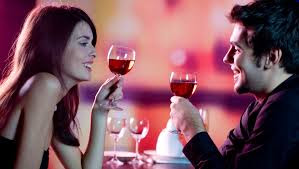 I remember when dating was an audition for something greater.  It was two people coming together to see if they could co-exist in a relationship.  You asked questions to get to know the other person in order to find out if you two could get along long-term.  You participated in activities together to enjoy each other's company.  It was a patient process that promoted good decision-making.

If you ask 10 people to define "dating" today, then don't be surprised if you get at least six different answers.  It just doesn't mean the same thing that it did almost 20 years ago.  It's not really looked at as an audition for something greater any more.  Now it's just something to do.  I've communicated/dated with women for months who didn't learn jack about me.  It's like they didn't even know what important questions to ask me.  They either never bothered to find out where I went to high school.  They didn't learn the sizes of my clothes.  They never even saw my music library.  They don't even know what has shaped me to be the person I am today.

There's really no learning process in dating now.  It's just small talk, sex, and no plans after that.  If a woman happens to get pregnant, then maybe at that point, the two will try to be a couple.  If either of them gets bored, then someone dumps the other.  But, getting married is no longer first on the priority list.  Dating is just something to do until the next interesting person comes along.

People love the chase, but don't want to make a catch.  Because actually catching something requires that you to do something to keep it.  And most people don't know how to keep someone or they lack the confidence to learn how.
at 3:00 PM No comments:
Email ThisBlogThis!Share to TwitterShare to FacebookShare to Pinterest
Labels: dating, marriage, relationships
undefined Jackson, MS, USA 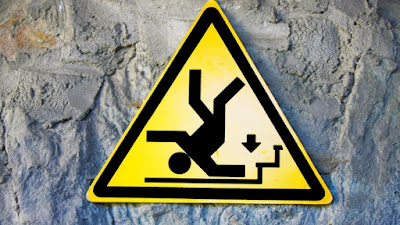 It was bound to happen.  That big "thud" that you heard after the last election was this country hitting rock bottom.  This country is in a very, very bad place and it's not going to get better any time soon.

Racism is as prevalent as it's ever been over the past 50 years.  Politicians are more corrupt than every before.  Jobs are non-existent despite the fact that our infrastructure is crumbling like an Oreo in Shaquille O'Neal's back pocket.  Violent crime rates are higher than giraffe nostrils while cops are shooting first and not asking questions later.

All of this comes from an accumulation of things over the past 30 or 40 years.  Because of that, it can't be fixed overnight.  But make no mistake about it.  It can be fixed.

Well, not racism.  That's never going away in the U.S.  This country was built on racism, so it has no choice but to continue to spawn racism.  You can't plant an apple tree and expect oranges, no matter how hard you wish for them.

But, everything else can be fixed.  We can vote crooked politicians out of office if we actually took time to think.  We get swayed by name recognition and political party loyalty when we step into a voting booth.  And while I'm on the topic, let me step on my soapbox for a minute...

Black people need to stop voting for Democrats as a default.  The only reason that I say that is because Democrats are so confident that we're going to vote for them, that they don't even try to do anything substantial for us.

When I was a child, I remember countless Democratic candidates coming to my neighborhood to speak to the voters.  They asked questions and acted like they truly wanted to earn our votes.  As an adult, do you know how many Democrats have visited my current neighborhood?

I've been visited by plenty of Jehovah's Witnesses, but the next Democratic candidate to step into my driveway will be the first.  And I've lived here for 20 years.

As for Republicans...  They refuse to even make the effort to meet with black people because they know that we're not going to vote for them any way.  Black people got upset that Donald Trump didn't meet with certain black "leaders".  Why should he?  For PR?  Would you waste your time visiting someone that you knew was biased against you?

No, you probably wouldn't.  Until black people make Democrats earn their votes once again, then we'll keep getting what we're getting.  You can't do the same thing over and over and expect different results.  That's just dumb.

Until we do away with political parties, our country will continue to spiral out of control.  How can you have a United States if everyone is divided?  How can you say "united, we stand, but divided, we fall" when it's always "us vs. them"?  If we simply took the time to think, we could turn this country around.  The people have the power.  We're just too lazy or dumb to use it.

You're Proud of Not Having Friends? SMH. 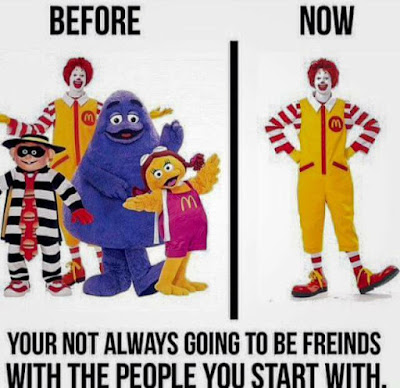 For someone who has been on this planet for 4 1/2 decades, let me tell you that this is rarely the case.

1) They are horrible at picking friends.  They tend to look for associates who are as trifling and as messy as they are.  Messy people can't stick together for long.

2) They are horrible people themselves.  They have a short shelf life because they're so rotten to the core, that people just don't want to hang around them for an extended period of time.  At some point, they'll even alienate their trifling associates.

Those are pretty much the main reasons.  If you can't keep friends, then more times than not, you're the problem.

Think about it: why would multiple people not be loyal to just you?

Now, don't get me wrong.  Sometimes you can outgrow your friends.  That does happen.  But a good friend tries to bring his/her friends up with them instead of bragging about leaving them behind.  You can't always elevate your friends, but the effort should still be there.

Be leery of people who not only can't keep friends, but act as if they are proud of it.
at 10:30 AM No comments:
Email ThisBlogThis!Share to TwitterShare to FacebookShare to Pinterest
Labels: facebook, friendship, ig, memes, trifling
undefined Jackson, MS, USA
Newer Posts Older Posts Home
Subscribe to: Posts (Atom)