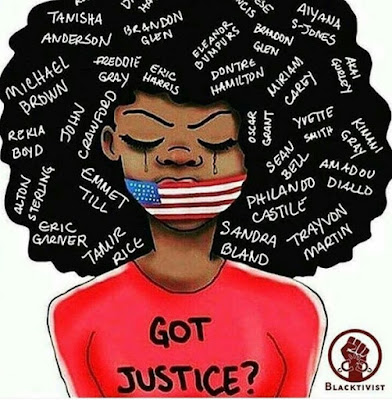 How many times do we have to scream it before someone acts like they care?

What does it take to not get shot other than being white?

And don't feed me that garbage about "he looked threatening" or "he was a bad guy".  Or my favorite: "we don't know what he did prior to getting shot".  Uh, did he pull a weapon and attempt to use it on a cop/civilian?  Because that's the only reason he should be shot dead.

I can name some very high profile examples of non-blacks who actually had weapons who went to jail instead of the morgue.  One even got taken to Burger King for a meal after killing multiple black people in a church.

The only way to stop these senseless killings is for:

1) Police to admit that they have a problem with their perception of black men in society.  Acknowledging that black men scare you will get the ball rolling on how to fix it.  Yes, there are some intimidating brothas out there, but if you're scared, then don't be a cop.  That's not the right job for you.  Walmart is hiring.

2) Police need to start going to jail when they kill unarmed black men.  "Oh, I didn't know he was unarmed."  Well, too bad because you're still going to get this jail time for involuntary manslaughter if nothing else.  There has to be a consequence to the action.  Paid administrative leave is not a deterrent to shooting someone.  In most cases, these shootings appear to be cold-blooded murders and should be treated as hate crimes.

3) Police need to stop training their officers to shoot to kill.  This within itself doesn't make a lot of sense to me.  If soldiers overseas have certain protocols that require shooting to kill to be a last resort, then why is it normally the first choice here in the states against our own citizens?  In the latest incident with Terence Crutcher, the cops were close enough to easily shoot Crutcher in the leg if necessary.  But, that's not what cops do.  They shoot to kill.  It has to stop.

4) Police need to do their jobs!  If your job is to put away criminals, then do so.  Even those criminals are within your police force.  Stop turning a blind eye to your "brother in blue" while families are losing loved ones on the regular.  How can you continue to put on a badge every morning that is simply seen as a piece of tin by black communities instead of something that represents integrity?  Show that you're to be trusted by doing the right thing!

It's a shame that I'm 44 years old and I'm terrified to see blue lights while traveling.  The same feeling my dad had in the 50's and 60's whenever he drove some where.  Even if you're polite and accommodating, there is no guarantee that you won't be a target over a "misinterpretation".  Imagine an agitated black youth who may not make the effort to be polite or accommodating.  How do you think his day is going to end up?

Colin Kaepernick is never going to get off the ground at the rate we're going.  I hope that he brought knee pads.  SMH.
at 6:45 PM No comments:
Email ThisBlogThis!Share to TwitterShare to FacebookShare to Pinterest
Labels: black men, justice system, kaepernick, police shootings, prejudice, racism
undefined Jackson, MS, USA

We All Want Something for Nothing 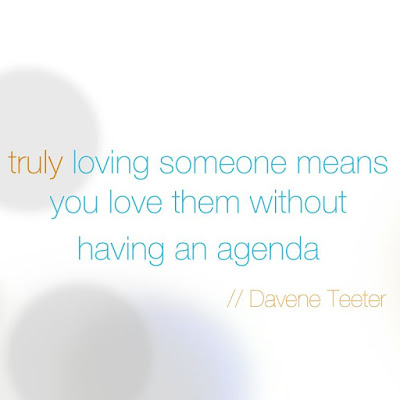 You want sex, but you don't deserve it.  You want to be wined and dined, but you haven't earned it.

A work ethic in relationships are starting to become a thing of the past.  Society has turned into a bunch of "a'ights" and very few "exceptionals."  So many people simply do the minimum required to maintain a relationship instead of committing 100% and allow the relationship to thrive.

For example, let's talk a bit about guys...

A guy may approach a woman simply because he has sex on the brain.  He will take the shortest path to sex more times than not.  If a woman requires little, then he will do just enough to satisfy her requirements so that he can satisfy himself.

His peers will promote his behavior, too.  After all, in 2016, how many fathers are teaching their sons anything about respecting women and relationships?  It's all about "how many can you hit?"  It's a sad cycle that will continue because very few have an interest in doing the right thing.  That's no longer required of a man in 2016.  Just be charming and the opportunities will present themselves.

As for the ladies...

Some are quick for wanting to be treated like queens despite the fact that they lack the qualities to be one.  They curse like sailors in public.  They treat their sons like spouses thus causing them to be dependent on their moms and useless to their future girlfriends.  They teach their daughters how to put on makeup, but ignore educating them about how to command respect.

Some just want to be seen.  They're interested in what impresses other women.  So they only entertain guys that come with a stamp of approval from their girls.  If he drives a nice car, has a certain look, or maybe a certain status, then he's a keeper.  That is until he cheats with the next one who is impressed by shiny objects.

It wasn't always like this, but this is the world that we live in now.  Prior to 2000, the most popular agenda people had when dating was marriage.  Now it can be anything from free trips to late night encounters.  TV, radio, and social media promotes superficial things 24/7.  It was bound to affect our brains at some point, right?  Why settle on someone who just wants to make you happy when you can have some happiness and excitement somewhere else (if you don't mind a few tears/headaches here and there.).

There are a lot of "single" men and women walking around.  They'll tell you that they're single by choice.  Don't believe them.  They just don't need anything right now.