The mindset of this country has shifted so much over the past few years.  Everyone is not only out for self, but they're only focused on self.  Why do I walk through life feeling as if I'm one of few people who actually cares about others?  Here it is Christmas Day and I'm doing a blog post on exactly the opposite of what today means.  I witnessed countless examples of selfishness on yesterday just from a trip to a store to get a last-second gift for someone.

I can't figure it out for the life of me.  On a daily basis I see so many examples of people being consumed with their own little worlds without giving one thought to the fact that others live in it.  An example of that is a Christmas card that I received from a friend of mine.  I received it on Monday and I called her that evening to thank her for the card.  She told me that she sent five cards to people and that I was the only one who called to thank her.  She said another person did send a text, but she's heard nothing from the others.

Most people don't send cards any more, so you would think someone who puts forth an effort would at least get a call to say "thanks."  Not these days.  Maybe if the card contained a gift card would someone feel more grateful, but not for a card that only contains seasons greetings.

Why is it so hard to say "thank you" for someone's efforts?  Kids are obviously not being taught to appreciate the efforts of others because their (Gen X) parents don't seem to know any better.  Wait.  I take that back.  They know better.  They just don't care.

I'm a giver.  That's just part of my nature.  I've even been criticized for it (by selfish people, of course).  From being cordial to ex-girlfriends to loaning $5 to someone who already owes me $10.  I've been called out for showing compassion for others.  By no means am I a sucker, but I choose to do things on a case-by-case basis.  And I will continue to do so despite the chirping of a few miserable people who wonder how I continue to give and keep smiling in the process.

I have extremely tough skin so the criticism doesn't bother me.  I actually think that it's sad people criticize someone for doing something for others.  It's also sad that people think that you can't do something for someone without expecting something in return other than a "thank you."  Do it because you want to be helpful.  Not because you have expectations of a return on your "investment."  A "thank you" should be payment enough.

This country is slowly imploding.  The media is working double-time to create a war between minorities and the police.  Politicians perpetuate fights between members of the middle class.  We slowly piss off every country overseas from invading their country to making comedy movies about their leaders.  All of this could be avoided if people simply considered others before speaking or doing.

But, nope.  We're all about self.  So, as I wish everyone a Merry Christmas, I will leave you with this thought: starting today I want you to do something nice for someone "just because."  I challenge you to make at least one person smile every day.  If they looked surprised when you make a gesture then don't be alarmed by it.  I often find that people are confused by acts of kindness because good deeds are not expected without strings attached.  I've even had people question me on why I did something for them as if they weren't worthy of it or maybe I was up to something.  That's sad.

"People are often unreasonable, irrational, and self-centered. Forgive them anyway.
If you are kind, people may accuse you of selfish, ulterior motives. Be kind anyway.
If you are successful, you will win some unfaithful friends and some genuine enemies. Succeed anyway.
If you are honest and sincere people may deceive you. Be honest and sincere anyway.
What you spend years creating, others could destroy overnight. Create anyway.
If you find serenity and happiness, some may be jealous. Be happy anyway.
The good you do today, will often be forgotten. Do good anyway.
Give the best you have, and it will never be enough. Give your best anyway.
In the final analysis, it is between you and God. It was never between you and them anyway."

Some Women Can't Help It

Some women can't help the way they're built.  Genetics control your starting point and although you can exercise (or not), you basically are what your parents' DNA decide that you are.  For some women the DNA decides that they are curvaceous.

So, how does that play out in the work place?  Most of Corporate America have dress policies and some of the requirements are strict.  Yet some women can comply to the dress code yet still raise some eyebrows because of their shape.

I've seen on two or three different occasions where a coworker of mine from a previous job got sent home for wearing what was deemed "inappropriate."  But the consensus of the office was that there was nothing wrong with what she had on.  It was how she looked in her outfit that prompted management to react.  So, what is a curvy woman to do?

Look at the photo to the right.  She's in great shape (yoga instructor) and has dangerous curves.  Her dress fits her, but I wouldn't consider it tight.  Should she buy her clothes a size too big to keep the peace in the office?

What about people who aren't curvy who can wear what they want?  Is that fair to someone who has an hourglass shape?

I think not.  As long as a woman isn't wearing an inappropriate material (ex. leather), nightclub attire, skin tight outfits, etc., then leave her alone.  Some people are just attractive and can't help being a distraction in the workplace.  It's not fair to let an Ann Coulter type wear what she wants, but then get upset when Vida Guerra looks curvy in something similar.

I understand that Corporate America doesn't want their employees going goo-goo, gaa-gaa over each other.  Nothing would get done and sexual harassment law suits would go through the roof.  But, you have to be mindful of what you're suggesting to people when you discipline someone for having curves.  It may send a better message by not singling someone out because they have a DD bra size or 42 inch hips.  It's just not right.

To some it borderlines racism given that most black and hispanic women tend to be curvier than others, but that's beside the point.  There are plenty of women of all races who have hourglass shapes.  The point is: don't make them feel bad because they look good.

Some people just can't tone down their sexy. 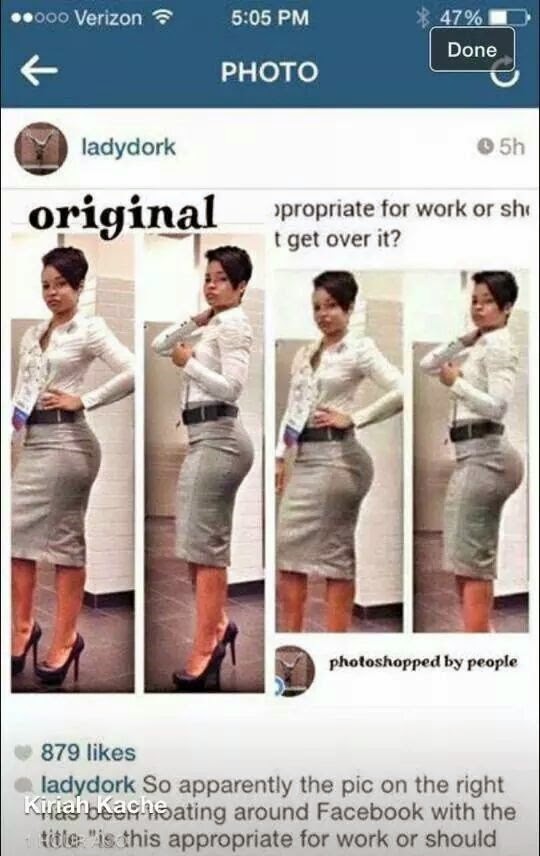 Start Your Own Stereotype 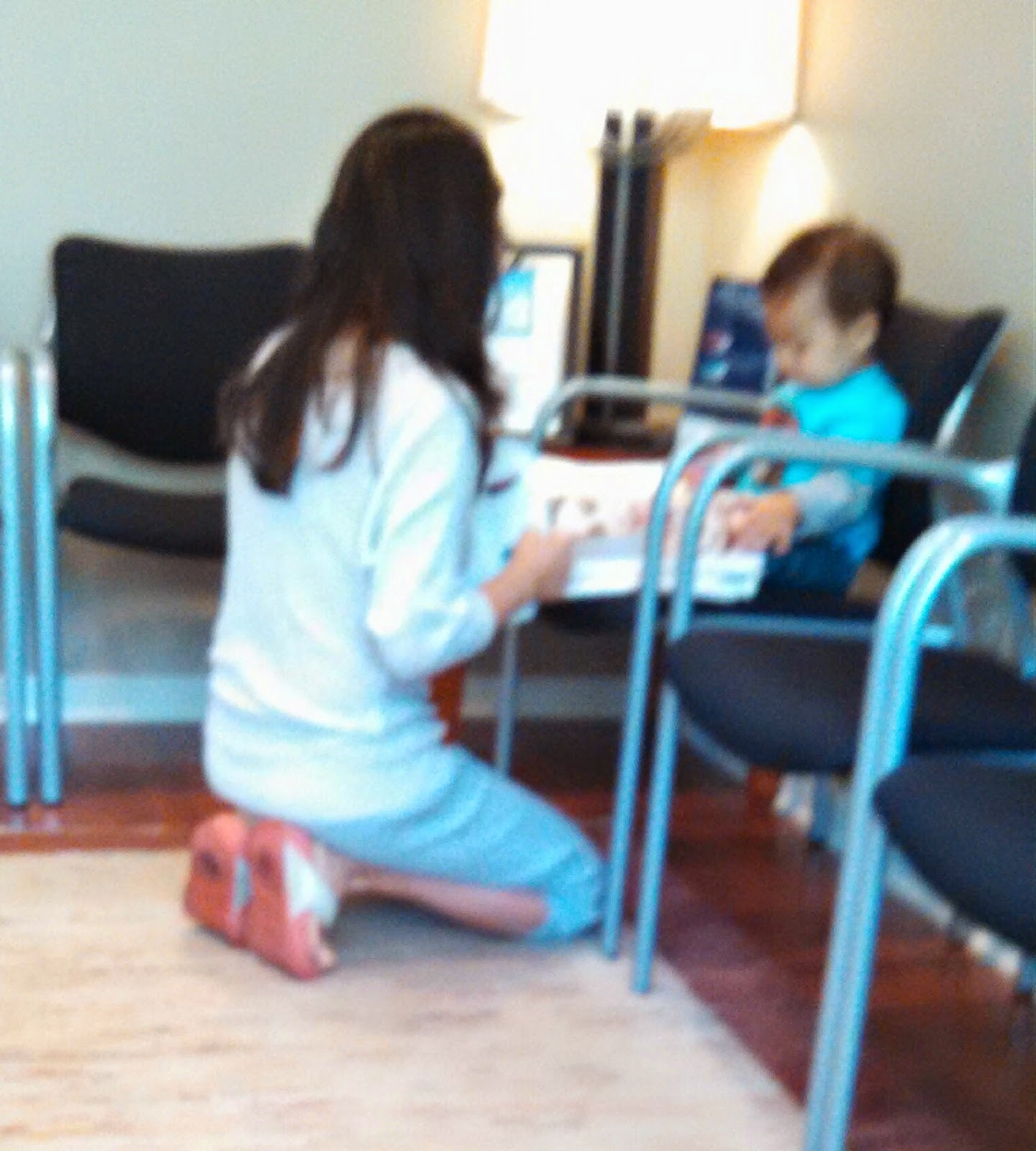 I went to the eye doctor a few weeks back and I noticed an Asian mom encouraging her son to read.  Now, why do I have to reference what race she was?  Because Asian people are stereotyped for being smart.

But, they're not born smart contrary to what some dumb people may think.  The reason the stereotype exists is because there's a culture in place for them that places an emphasis on learning.

Maybe instead of assuming that every Asian baby is born with a high IQ why not start your own stereotype?  Take time to teach your child the importance of early education and it will stick with them for life.  Then maybe they can teach their kids and start a new tradition of learning for your race.

Learning isn't exclusive to Asians any more than dancing is exclusive to black people.  Anyone can do anything another race can do with practice.  It does appear that some things come more naturally to some than others, but don't let that deter you.  If you believe then you can achieve.  Okay, that was cheesy even for me.
at 7:22 PM 2 comments:
Email ThisBlogThis!Share to TwitterShare to FacebookShare to Pinterest
Labels: education, motivation, race, stereotype
undefined Jackson, MS, USA

You Can't Fix The Inside with The Outside 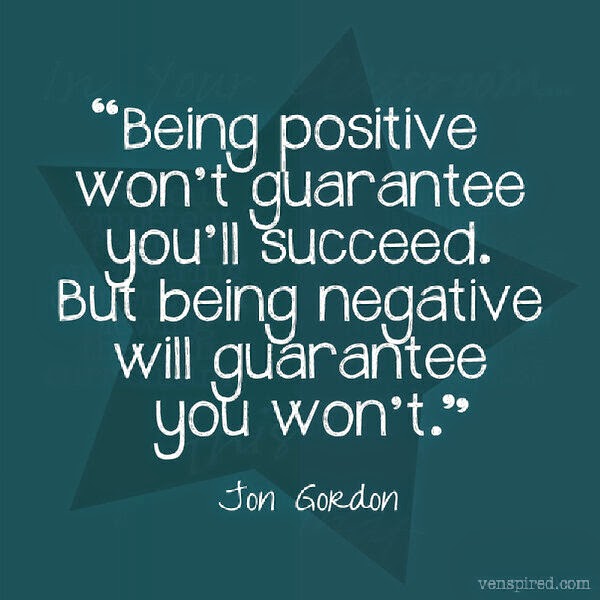 It's almost 2015 and it's that's time of the year when people start making promise of change in the new year.  People plan to improve something about their standing in a situation and that's not a bad thing at all.  However, it takes more than the transition of the calendar to make the changes that some of us need.  Instead of focusing on just improving your fitness, relationships, or finances, which are all great, we need to improve ourselves as a person.

Happiness comes from within.  You can work for that banging body or you can get two jobs to afford nice things, but that doesn't lead to happiness.  Those things are important, but they're not the source of bliss.  You can't fix the inside with the outside.  If you want to be a better person then try the following:

Sure, there are more ways to renovate your soul, but those three things are a great start.  The bottom line is: treat people the way that you want to be treated.  Even a child knows that, but so many adults refuse to do that.  Get rid of that "I got mine, you get yours" attitude and watch things get better.  Start by not complaining for 24 hours and you'll see the effects of maintaining a positive lifestyle.

Life happens.  Things go wrong and the world doesn't stop when they do.  Bad things have happened to all of us.  But, it's not what happens to you that makes you who you are.  It's how you respond to it.
at 3:47 PM No comments:
Email ThisBlogThis!Share to TwitterShare to FacebookShare to Pinterest
Labels: accountability, happiness, life lessons, negativity, new year, positivity
undefined Jackson, MS, USA
Newer Posts Older Posts Home
Subscribe to: Posts (Atom)