You're Only As Funky As Your Last Cut 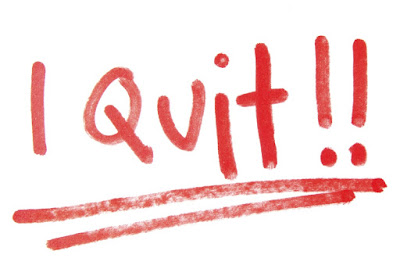 That title is part of a lyric from an Outkast song called "Rosa Parks".  André 3000 rapped that when he was essentially stating that you're only as good as the last thing you produced.  Live in the past and you'll be a has-been.

That's a very true statement that is just starting to soak into my thick skull.

I have a very, very bad habit of trying to help people.  I know that it looks bad to say that, but hear me out.  Everyone has a purpose in life.  I feel as if my purpose is to uplift others, whether it be through service, encouragement, or just a smile.  Sometimes I will go above and beyond the call of duty to help someone out or try to make their day.  But, what I struggle with so mightily is what happens after you're unable to give someone what they want.

Within the past couple of months, I've had a female friend approach me and ask for help on a project.  Our relationship has always been platonic.  Her brother is a good friend of mine.  This is someone I've done numerous favors for including going out of my way to give her a ride when her car was broken down to helping her work on her resume so she can get a better job.  However, prior obligations prevented me from being able to help her with this particular home improvement project.  When I told her that I wasn't able to make it because I already had other commitments, she got upset with me.

Now this is where I have a problem not getting mad.  If I have a history of helping/being nice to someone, then I feel as if they don't deserve to get upset with me when I can't help them.  Maybe I'm wrong for feeling that way, but that's just me.  I feel that if you help someone 9 times and on the 10th, you're unavailable, then that person shouldn't get upset with you.

And it's not just this one incident that has me salty.  This is just the straw that broke the camel's back.  I could describe at least three or four recent scenarios from where I got dissed by others for not being able to accommodate someone who is used to me doing so.  It's as if I've never helped them before.  Never!

I had an ex tell me once that I "wanted a pass for being a good guy".  I didn't quite understand what she meant then, but it's all too clear to me now.  "You're only as funky as your last cut."  It's not about what you have done in the past.  It's all about what you're doing now.  You can be an "A" student for 7 straight semesters, but what's going to happen when you bring home a "C" after that 8th semester?

I now realize the answer to that question.

All my life, I've prided myself on having a good reputation.  I didn't father any kids out of wedlock.  I didn't go to jail.  I've protected womanhood and promoted manhood.  I went to college.  I've attended church regularly.  I always say "yes, ma'am" and "yes, sir" to my elders.  And I've tried to help people whenever I can.  But in 2016, none of that means anything to a lot of people in today's society.  If you're not giving them what they want at that time, then you're nothing.  Doesn't matter what you did before, you're not doing it now.

Well, you know what?  Society wins on this one.  I'm done.  I can no longer bust my behind to attempt to be something special for a world that could not care less about my track record.  It doesn't mean anything in a lot of workplaces, in the dating game, or even with some family and friends.  It's all about "what have you done for me lately?"

I'm officially no longer putting myself out there.  If I'm going to be lumped into a category unfairly, then I may as well respond as those people do.  "Sorry, I can't help you."

I can't take any more of this, so I'm forced to take a different approach.  I think that for the first time in my 44 years on this planet, society has officially broken me.  It's a shame that it's come to this, but I'm just worn out.