Why Madonna is Still The Baddest Chick 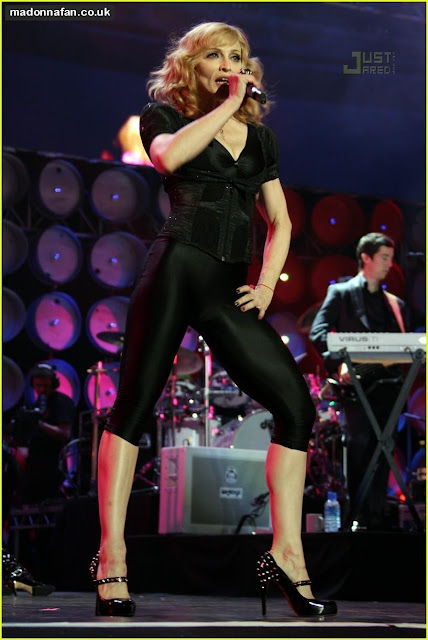 There are so many famous people in the world, but very few legends. In fact, I think people don't understand how to be a legend these days. Sure, they're a legend in their own minds, but to the eyes of others, they're just a passing fad. There is an art to being a legend and most of today's "celebs" don't have a clue of how to do it. They need to seek advice from some of the old school artists.

Madonna could probably easily out-draw any female performer because she's a rare act. That's right. If you want to know why Madonna is still the baddest chick in the game, it's because she's a recluse. Have you ever heard of the phrase, "you never miss a good thing until it's gone?"

Well, that applies to people like Madonna, Prince and at one time, Michael Jackson. The fact that they refused to saturate the media with their faces made them more appreciated when they did make an appearance. That's not the case with some modern-day celebs. They try to get their face in every magazine or in front of every camera that they can. I realize that there are cell cams galore these days, but don't think some of these celebs don't seek them out.  I think that the younger generation of  fans has more patience with that, but for older guys like me, it drives me nuts. If I see/hear you every time I turn on my TV/radio, then I will get sick of you.

I hate hearing Lil' Wayne and Nicki Minaj on every single song that comes on the radio. If you drive an hour in your car and don't hear Lil' Wayne's or Nicki Minajs' voice at least four times apiece, then you must be listening to a country or gospel station. They not only have their own albums, but they will also perform on other people's albums as well.

Would Madonna make regular cameo appearances on someone else's CD? Heck, no! She's Madonna! An icon. A legend. She wouldn't play "second fiddle" with anyone like today's celebs do. When she performed in the Super Bowl back in January, she was the main attraction. As big as a star Cee-Lo is in today's pop culture, he was simply a background singer when Madonna was on stage. Cee-Lo went from "The Voice" to just "a voice" when Madonna was on the scene. Why? Because she's a legend. 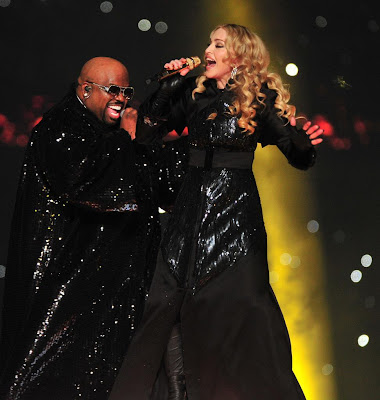 There are many famous singers, but very few legends. Mariah. Mick. Whitney. Bruce. Prince. Celine. Santana. Aretha. I'm pretty sure that most of you know who these people are without me even having to list their full names. Why?


Because legends don't need them.
at 12:58 PM
Email ThisBlogThis!Share to TwitterShare to FacebookShare to Pinterest
Labels: celeb, old school