From the Courthouse to the White House 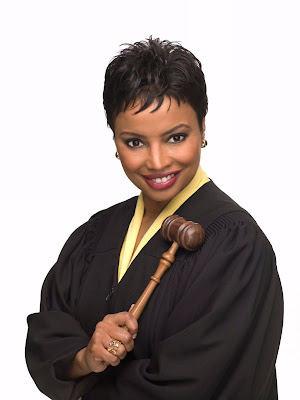 @DivorceCourt, Judge Joe Brown, Judge Mathis, People's Court and Judge Judy are all staples in my late night / weekend TV viewing. I have a background in law from college and I've always been fascinated with court TV. Although some of the court TV shows are staged with fake cases, some of the older ones are real cases with a little bit of a "reality show" production to add drama.

The main draw for me towards these shows (aside from Judge Lynn Toler being hot) is how each judge is unbiased and fair. That's something that I'd argue we don't get from the U.S. Supreme Court being that their political affiliation is their most important credential to most people. But, the court TV judges don't use politics to influence their rulings. They use the law. Everything is cut and dry and problems get resolved. The end-result may not be pleasing to the litigants, but it's fair and based on the law.

Why can't we move this mentality from the courthouse to the White House? Why is it that we can't make decisions based on what's fair instead of what's beneficial to an agenda? We continue to elect a Congress who invents new ways each day to not work together. Their only focus from the time they get elected is to get re-elected. It's not to help the people who actually put them in office (unless your donations to their campaign are large).

I say we elect some TV judges to the White House! Just the basic concept of fairness would be enough to turn this country around in one term. It's too late for 2012, but come 2016, I want to see these judges get together and run for office. With as many viewers as Judge Judy has, I know she could pull down some votes.

Okay, seriously, for those who read my blog, you know that I believe in fairness. I try to avoid any bias, hypocrisy or double standard that may arise from a topic. I don't think it's that hard for people to live in this country and be successful and happy as long as everyone is doing their part. The problem is: that rarely seems to be the case. So, when someone steps out of line and infringes upon the rights of others, don't you think that the resolution should be swift and unbiased?

Think of how many problems Judge Marilyn Milian could resolve in just an hour. Maybe even in 45 minutes if you take out the commercials! LOL! 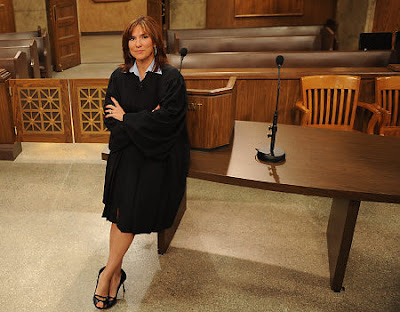 If Congressional rulings were based on the Constitution and fairness instead of personal opinions, do you think the U.S. would be better off?
at 10:53 AM
Email ThisBlogThis!Share to TwitterShare to FacebookShare to Pinterest
Labels: court, politics, toler, tv