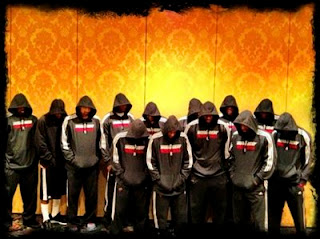 It's about time. Time for what, you ask? It's about time that some mainstream black athletes finally showed some concern for something other than themselves. Now, I'm sure you're saying to yourself, "but, athletes give money to charities all of the time on top of visiting kids hospitals, etc."

I'm sure by now, unless you've been living under a rock a la a Geico commercial, you've heard of the Trayvon Martin shooting tragedy. If you haven't, then Google it. Long story, short, the Miami Heat basketball team did a photo shoot of all of the players wearing hoodies just like Trayvon was when he was killed. To many, this photo means absolutely nothing, but to a black man like myself, it's a breath of fresh air.

Reportedly organized by LeBron James, this photo represents so much to black culture. In a world where no one wants to have an opinion on anything political because they want to avoid scrutiny, these guys, black and white, took a stand. And it's not LeBron's first political statement. He once said that if he could dunk on anyone in the world, that he would dunk on and shatter the backboard on George W. Bush. That's a strong statement from someone who I'm sure has to see Republican season ticket holders sitting courtside at his games.

Muhammad Ali, the most polarizing figure in the history of sports (despite what Skip Clueless Bayless thinks), was the first person to turn an athlete into a celebrity. However, he was willing to throw all of that fame away to take a stand in what he believed. His beliefs actually landed him in jail for a period of time in the prime of his career. 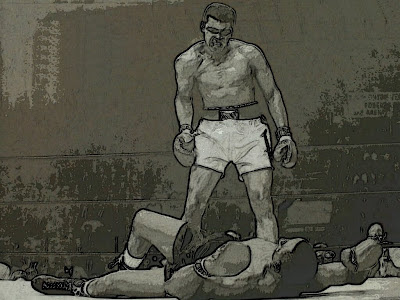 That doesn't happen now. It hasn't happened on a regular basis in 30 years. Michael Jordan once famously said that he wouldn't endorse a Democratic candidate in a local election because "Republicans buy shoes, too." He would rather be selling shoes than using his celebrity status to bring awareness to something political. That's mainly the reason that I'm not a fan of the off-the-court Michael Jordan. He's very selfish and would rather add millions to his millions rather than make a difference in the world.

If you have the spotlight and you're not using your voice, then you may as well lose it all together. LeBron James and the Miami Heat have decided not to fall prey to pressure. The photo may not be as powerful as the one from the '68 Olympics with Tommie Smith and John Carlos, but it does make a statement that justice has not been served in the case of Trayvon Martin. I'm not saying who's innocent or guilty, I'm just saying start the process already!

This blog is about common sense. Sure, I do blog postings on things that are funny, provocative or random, but ultimately, the message I want to convey is that "there's always another way of doing things." People who have the means to make a difference in the country prefer not to do so because they don't want to stop their cash flow. No one wants to rock the boat.

Well, I'm glad LeBron James and the Miami Heat decided to do so. It's amazing how something so simple, so subtle, can be so important. 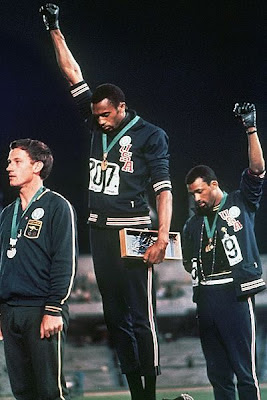 at 7:25 AM
Email ThisBlogThis!Share to TwitterShare to FacebookShare to Pinterest
Labels: athletes, crime, politics, trayvon