Women Are Definitely Calling The Shots in Dating 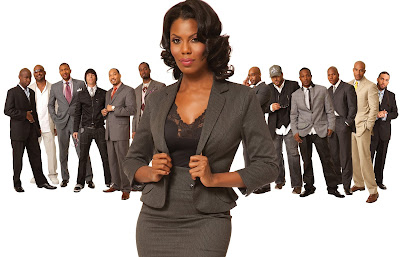 (Way) Back in the day, let's say the early 60's, guys could call the shots when it came to courting. Men were the bread winners and that afforded them some luxuries when it came to a mate selection. A lot of guys had the ability to choose exactly what they wanted in a mate because at the time, most women were simply looking for security. They wanted a man who could pay the bills and be a provider to a family.

Fast forward to 2015 and the roles have completely changed. Guys are no longer sole providers of households. In fact, guys are rarely providers of households in a lot of communities across the country which is a blog post within itself. Ladies have gotten more educated and have increased their earning potential. The result: now they are the ones making the mate selection.

The days when a woman only cared about security are just about gone. Now that she has her own, she can do what the guys once did exclusively: she can pick and choose a mate as she pleases.

For the old school, provider type of guy, this is a huge dilemma.  Because now, despite being reliable, responsible, and secure, you have to be attractive, exciting, and generous in order to "get the girl" in so many cases.  She doesn't have to go for reliable, responsible, and secure any more because she can provide all of that for herself.  If she so chooses, she now has the luxury of going after knuckleheads built like Vin Diesel because she can pick up the slack.

Oh, snap!  That sucks for a reliable, responsible, secure dude like me (not remotely built like Vin Diesel)!  LOL!  If I don't hit the gym hard then I'll be relegated to a side piece (at best) whose only responsibility is taking her out on dates while "Vin Diesel" gets the goods after I drop her off at home!  (drops down and does 50 push ups...)

Okay, maybe I only did 22 push ups, but that's beside the point.  In all seriousness, guys who look to do the right thing and treat people the right way can't be worried about what the selection process some women have adopted.  There are still some women who just want a nice guy who treats people right (call me).

Besides, who can blame women for doing the same thing that men did decades ago?  Ladies can now enjoy a bigger dating pool because security is no longer a worry. Now the guys can work on being "suitable husbands" and concentrate on "looking the part."  I know a few guys who are "gym rats" that farm themselves out to multiple women.  They understand that they're only wanted because of their bodies and they are more than happy to oblige these women who really don't seek much else.

I don't knock those brothas one bit for reaping the benefits of toned biceps and ab muscles.  Maybe I would be less reliable, responsible, and secure, too if I had six pack abs instead of a keg!  Only time will tell... :)

at 11:00 AM
Email ThisBlogThis!Share to TwitterShare to FacebookShare to Pinterest
Labels: back in the day, dating, men, relationships, security, selection process, women
undefined Jackson, MS, USA