A Provider and A Protector 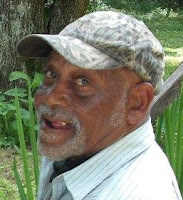 Father's Day has come and gone and my dad just celebrated his 74th birthday.  I'm so thankful for the positive influences that he's had on my life.  I firmly believe that my father was put on this earth for two things.  And those two things are all he's done his entire life. He seems to only get enjoyment out of seeing everything and everyone taken care of. Well, I take that back. He also gets enjoyment out of his occasional afternoon naps.
However, his main purposes in life is to be a provider and a protector. Is that old school way of thinking dead to us now?

I remember when I was in 1st grade and my mom would wake me up for school, I'd hear my father walking through the house and getting ready for work. He didn't have to be there until 7 AM, but he was usually out of the house shortly after 6 AM despite it only being a 15 minute drive. He didn't believe in being late for anything. He would take cold cuts and crackers for his lunch because he didn't require much. He brought his paycheck home to my mom to take care of the household and kept very little for himself. He only needed gas for his truck and enough to buy something to eat to hold him over until dinner time.

After working in a factory from 7 AM - 4 PM, I can remember hearing his truck driving across the railroad tracks as he entered the neighborhood. Our dogs would start barking because they knew the sound of his truck. They also knew that it was time for them to eat as well. My older brother and I would be sitting on the floor doing homework or watching cartoons by the time he got home. He would sometimes come into the house, drop his keys on the couch near the door and would just start dancing. My father's dancing style was (and still is) very similar to a one "George Jefferson" from the popular 70's sitcom "The Jeffersons." As he would dance, he would say, "Work it out, Pop!" I'm not sure where that saying came from, but it ultimately became the reason my brother and I have called him "Pop" for as long as we can remember.

After his performance, I would grab my shoes while he was taking time to greet my mom. She was usually putting the finishing touches on dinner when he got home. If she had to work late then my grandmother (on my mom's side) would be finishing up dinner for all of us. Before settling down to eat, Pop would go back outside to feed the dogs and I was right behind him as he walked out of the house. After a long day of work, he could have easily gotten fed up with a 6 year old following his every movement. In fact, that's kind of how I got the childhood nickname "Shadow."

But he never ran me off. I'd watch him feed the dogs and refill their water dishes. Afterwards, he would do one of many things that may have been needed around the house from changing the oil in the vehicles to working in my grandmother's garden where she grew vegetables year around. Despite a day that started out at 6 AM, Pop would work until it got dark outside on most days. His reward? A full stomach from a delicious dinner and watching TV until after the news went off.

He did this for 20+ years for sometimes six days a week. Going to work for Challenger Electric/GTE wasn't Pop's job. Being "Pop" was his job. And he took it seriously.

But he was (and still is) more than just "Pop". He is also "Uncle Leroy" or "Mr. Leroy" to kids in the neighborhood. Everyone in the neighborhood knows my father. He's the one who will give you a popsicle in the summertime when you're a good kid, but will also chastise you for being a disrespectful kid. You have to say "yes or no, sir" when addressing him. You have to say "thank you" when receiving something from him. Any sign of disrespect will pretty much get you banned from the property regardless of your age.

Pop believes in a natural order to things and that includes a kid knowing his/her place. Step out of line around adults and you'll quickly get reminded that you are a kid. Another thing that makes Pop an icon in the neighborhood is that despite his generosity and willingness to help, he has a temper. Not necessarily a fly-off-the-handle type of temper, but a temper nonetheless. His tolerance for foolishness is extremely low.  He does not tolerate anyone messing with his family.

My brother and I took different paths from a lot of the other kids in my neighborhood. My neighborhood has turned out drug dealers, rapists, and even a murderer or two. But, none of those guys every brought that mess to our house. Because they knew what Pop would do to them if they did anything to negatively influence or harm me or my brother. No police force would be able to stop him from getting to that person. He made that known to the small-time criminals who were once my friends that they were no longer welcomed at our house.

I once thought that they developed other interests and stopped coming around because of that, but as I got into my teens I realized that they stopped coming around because of Pop. They knew that if they attempted to get me ormy brother caught up in their lifestyles that Pop would come after them. However, he didn't just want to save me and my brother from that element, he also wanted to save them as well. I remember as a 10 year old that a friend of mine from around the corner came by to play. He'd recently gotten in trouble for stealing a pair of skates from the nearby skating rink. Pop was aware of the incident and when he came home from work and saw us outside playing he was upset with the boy. He asked him if he stole the skates and the boy admitted that he did. Pop scolded him about stealing and gave him a firm lecture while I watched uncomfortably. He told him how thieves ended up in jail or shot while trying to take someone's property. He told him that he needed to get his life together, but until then, thieves weren't welcomed in his yard.  The boy left and ultimately never came back. He eventually got sent to prison a couple of years later and someone killed him in jail when he was in his late teens.

So, the bad elements simply stayed away from our house and my friends eventually changed. The guys that he couldn't talk any sense into got older, but they never lost respect for Pop. Many houses got broken into in our neighborhood, but never ours. Many kids got "jumped" by so-called "gang members," but never me or my brother. Many arugments and fights took place in my neighborhood, but they were never in front of our house.

At 74 years old, Pop is still the same as he was when I was a kid. He's a taxi for my 92 year old grandmother (mom's side) to make sure she makes it to all of doctor's appointments and to church. He's always the one that people in the neighborhood call when they have car trouble. He's the one that a 3rd generation of kids refer to as "Uncle Leroy" when they want a popsicle on a hot day. And despite living by himself, when he's away from home for long periods of time, nearby neighbors (some with criminal records) watch his home to ensure that nothing happens to it.

My father has his flaws and he's far from perfect. Like many of us, he's made some mistakes in his life that he undoubtedly regrets. But, although I am self-sufficient and living my own life just a few miles away from the old neighborhood, he would be there if I ever needed him for anything. He's still a provider and a protector. It's what keeps him going. And even at 43 years old, I'm still hoping to be just like my Pop.
at 5:47 PM
Email ThisBlogThis!Share to TwitterShare to FacebookShare to Pinterest
Labels: crime, happy father's day, parenting, respect, storytelling
undefined Jackson, MS, USA