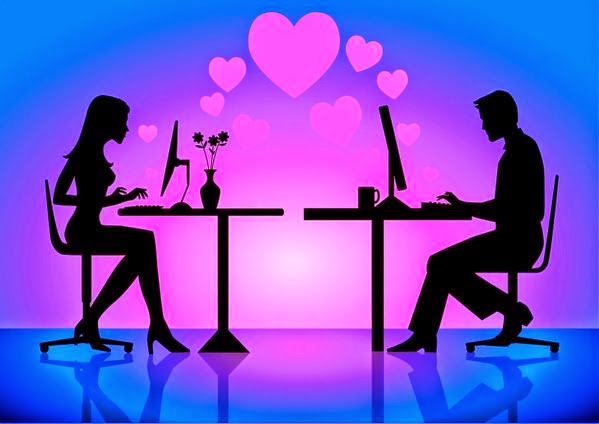 Okay, so I broke down and did it.  After my unfortunate separation, I decided to try something different in regards to dating.  I decided to give online dating a try.

I went to Match.com and didn't like it.  I just didn't care for the site itself.  Sometimes you have to go through too much just to get started on some sites.  I understand that Match wants to find the best option out there for me, but people have answered less questions on government job interviews.

There was no way I was trying an adult site because I didn't want to deal with the unexpectedness.  Let's be honest: people who use adult online "dating" sites are a lot more full of surprises than the average person on a regular dating site.  I didn't need Mordacai showing up at my doorstep with a pink boa wrapped around his concealed Adam's apple.

So, I did the unexpected and tried BlackPeopleMeet.com.  I remember the first time I saw a commercial for this site I laughed until tears filled my eyes.  "What a stupid name!," I remembered thinking.

However, after perusing the site for a bit I realized that it may be pretty fun to try after all.  So, I signed up and decided to give it a whirl.  I figured that the worst case scenario would be a future blog post, so what the heck?  Try something new and give BPM a try.  Well, it was not what I expected.  At all...

First of all, there are a ton of profiles to view.  You can search any zip code for a wide range of people from certain height/size ranges to if they have kids or not.  Traditional categories, but they do a good job of laying it all out to pick and choose to narrow down selections.

I went through the Mississippi profiles and of course I immediately excluded those without photos.  Although I recognize that some people want to get to know you before revealing if they look like the Crypt Keeper or that random chance maybe a Halle Berry, but most people hate spending time getting to know someone only to not be attracted when meeting.  That's a huge letdown.  I don't know of too many people who said that Mr. Snuffleagus was such a nice guy that I dated him anyway.

You may search 100 profiles and find 20 that you like.  You will probably message about five of them depending on your assertiveness.  If you're lucky, three of them will visit your profile and at least look at it, but only one may actually reply with a message.  And that message may generally be a sentence less than seven words in most cases.

When I decided to leave the BPM alone I just didn't feel that the amount of time I spent messaging people was worth getting three serious replies.  Now, that could be saying something about ME -- LOL!  However, I'd like to think that some people just window shop when they online date.  In fact, I found myself doing the same.

I found myself clicking on photos of women located as far as Seattle, Washington on over to Providence, Rhode Island simply because they were attractive.  Although I knew that there wasn't much of a chance to find a love connection with someone 2,000 miles away I got distracted by shiny objects.

And after polling some people on my Facebook fan page afterwards, I realized that a lot of people just look at the pictures.  They want something that is going to catch their eye.  Unless you're a reader, which let's face it, is a dying art in this country, then you're not going to view a profile until after the photo gets your attention.

Ultimately, I would probably try online dating again if the urge hit me.  I would even consider BPM again although a friend, Ms. Manhood, swears by Match.com.  So, despite all of the questions and high cost, maybe I would give that a try if I ever did it again.

What happened with the three people that I met?  Well, that's a blog post for another day! ;)
at 12:00 AM
Email ThisBlogThis!Share to TwitterShare to FacebookShare to Pinterest
Labels: BlackPeopleMeet, dating, online dating, reading, relationships