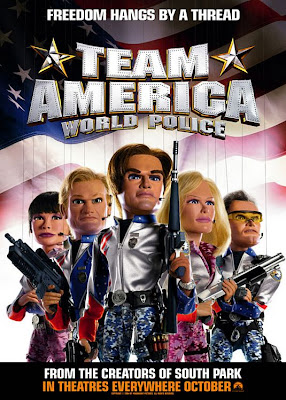 Let me give a disclaimer for the idiots who half-read: I'm an American and I love living here.

Let me go even further for those who read well, but can't process it: Just because you complain about something doesn't mean you hate it.

Now, let's get started, shall we?

When will the U.S. realize that it can't be the World Police? When will we mind our own business? Every month, I see a new headline of us trying to intimidate some small country. Libya, Afghanistan, South Korea, Iraq, Iran, iPod, you name it, we have a beef with them.

Long story, short: we love telling other leaders how to treat their people. It doesn't matter that our own affairs are jacked up, you just better get your affairs in order!

So, who polices us because we definitely don't police ourselves. Who keeps the U.S. in line? We're so perfect that we're above being told what to do? What if Russia had called Obama or Bush and told one of them to stop allowing corporate greed or get out of office? They would do just like Khadafi has done and laugh, right?

Our country is delusional. We're that bad child that the parent thinks can do no wrong. Anyone who speaks against that child will be shunned.

Our country is arrogant. Any time we give credit to a man "discovering" America when people were already living here shows our warped sense of entitlement. If that's the case, I just discovered a new mall near my house recently.

Our country is greedy. Everything we do is related to money. If you threaten our oil resources, we're taking action! If Canada has cheaper pharmaceutical drugs, then we're passing laws against them because they're obviously "unsafe."

Our country is a bully. We pick on small countries when they "get out of line," but China or Russia can spray paint gang signs on the White House and we wouldn't do a thing. "Oh, they're just playing. They didn't mean it."

To sum it up, we need to take care of our own. Stop dropping food overseas when people here are starving. Stop worrying about creating jobs in India when there aren't any here. Stop calling it a "defense" budget when we're always on the "offense." 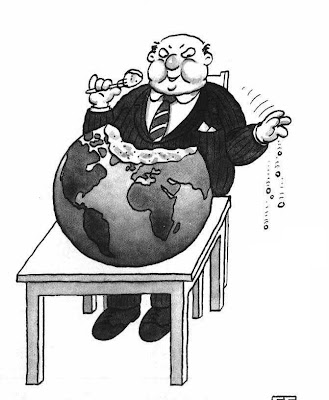 I'm only complaining because I care. Consider it "good parenting." Instead of letting your child run amuck and terrorizing everyone within range, you keep him/her in line. Sure, it takes admitting that your child did something that needed to be corrected, but isn't that how it's supposed to be in order to better the child?

America is not above criticism. Let's stay out of other people's business and take care of self. We need to focus on the real terrorists. It's not someone wearing a turban and a bomb; it's someone wearing a suit and tie and carrying a pen. Corporate terrorists are the ones who scare me right now. They have more to do with the gas prices than any Libyan, that I can assure!

We're spread so thinly right now, how could we even respond to an attack on the U.S.? All of our troops are every where except the here! We still have troops in Germany, Afghanistan, Vietnam, and every where else we've ever invaded. Once we arrive, we stay. That's not defense, that's arrogance. Let's get it together before China or Russia calls us out.

Bad Boys, Bad Boys... whatcha gonna do? Whatcha gonna do when they come for you?
at 6:00 PM
Email ThisBlogThis!Share to TwitterShare to FacebookShare to Pinterest
Labels: obama, police, selfish, united states