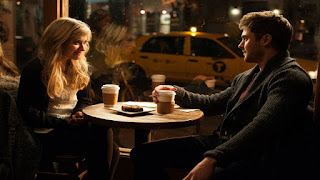 I know that the ladies are looking at the title of this post with their mouths agape.  Sorry, ladies, but some of you all kind of brought this on yourselves.  It's too expensive these days to have an old school mentality in a new school world.  It's time for men's dating tactics to evolve just as women have.

At one point of my life, I could meet a woman that I liked and take her out on what was called "a proper date".  That would usually include dinner and drinks in which I would get the tab at the end of the evening.  This was how most relationships (or an attempt at one) started.  It may have been costly sometimes, but both parties were genuinely interested in getting to know one another.  So, it didn't feel like a huge loss if things didn't work out.

However, things are different these days.  Fellas, there are a lot of women out there who just want "something to do".  Sure, they may be interested in a relationship, but that doesn't mean that it has to be with you.  There are plenty of women who will go out with a guy they have no intention of ever dating.  They'll laugh, joke, and will probably even have a good time with you and then you won't hear from them again until their hungry.

There are a lot of "good enough" guys out here in society to keep these women occupied until they find the man that they actually want.  I decided years ago that I would no longer be that "good enough" guy.  If I'm not "the" guy then she can waste someone else's time on a Friday night.  There is always another woman, guys, so don't get so caught up on one who doesn't even want you.  If she comes at you wanting some lavish dinner from somewhere then you should question her motives.  Unless she's agreeing to go dutch.

If a woman is truly interested in a man then she will meet him for coffee or even frozen yogurt.  Because she values his time more than just what he can do for her.  And I won't hesistate to tell any young guy who will listen, "don't spend more than $15 for first dates."  Find out if you even like her or not (and if she likes you) before you spend your hard-earned money on someone who has your name saved in her phone under "Crab Legs".
at 8:39 AM 2 comments:
Email ThisBlogThis!Share to TwitterShare to FacebookShare to Pinterest
Labels: chivalry, dating, men, money, relationships, women
undefined Jackson, MS, USA

You Shouldn't Have To Manage Adults #Relationships 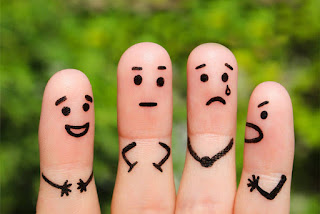 We've gotten to the point in today's society that we have to sometimes "manage" our significant others.  Aggression is so acceptable now that we almost expect our mates to be "difficult" at times.  Whether they're mad at you or at someone else, it seems like people just choose to not get along amicably these days.

What happened to trying to keep the peace?  Why does everyone have to be right so badly that they would jeopardize important things over it?

You shouldn't have to manage adults (who don't work for you).  Trying to help someone else get control of their emotions can be extremely draining.  However, a lot of us are conditioned to think that behavior like that is a part of what strengtens a relationship.  As if you can't have a strong bond without a dust up every now and then.  That cannot be further from the truth.

I've had dealings with a variety of personalities in my life and I am a strong promoter of finding someone who is willing to keep the peace rather than bring the ruckus.  I've dealt with people that I've had to console them even though the things that irked them were non-existent or petty (by most people's standards).  I've had to calm people down to prevent them from doing regretful on the job due to an emotional flare up.  I even once dated a woman once who got mad at me for not being as mad as she was about something that I still, to this day, don't understand how it applied to her.

You don't have to settle for someone who isn't even in control of his or herself.  You can have peace if you seek it.  It doesn't mean that conflict won't ever occur.  It just means that you will both take a sensible approach to resolving it with as little regret as possible.

"He that is slow to wrath is of great understanding: but he that is hasty of spirit exalteth folly."   Proverbs 14:29
at 2:42 PM No comments:
Email ThisBlogThis!Share to TwitterShare to FacebookShare to Pinterest
Labels: aggression, anger, dating, emotions, logic, relationships, understanding
undefined Jackson, MS, USA
Newer Posts Older Posts Home
Subscribe to: Posts (Atom)