You Shouldn't Have to Ask to Be Pleased

What is one of many things that makes someone feel special?  One answer is getting something that they want or need unexpectedly.  Think about opening a present on Christmas Day or on your birthday and seeing that one thing that you really wanted or needed.  That's the same feeling people should get throughout the course of a relationship. 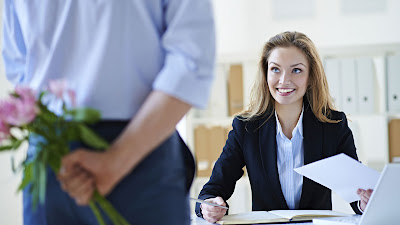 We guys are notorious for not being thoughtful.  We'll wait until Valentine's Day or her birthday to do something that a woman can appreciate.  And even then some guys let certain dates sneak up on them and they rush to the mall without giving the gift much thought.

Women are in the same boat, too.  Some men don't require much yet some women simply don't respect the things men ask for.  Some women are so stuck on being treated like a queen that they forget that a king is part of the royal package.

Why do we make it so hard to give our mates what they want/need without them having to demand it?  People shouldn't have to constantly ask to be pleased by their mates.  If you have no intention of pleasing your mate then maybe you should be by yourself. At least there's no pressure in disappointing yourself.

People should listen to their mates and absorb what they say.  If she says that she's tired of the front door squeaking then don't wait on her to directly ask you, "will you fix the squeaky door?"  Take action and get it done so when she comes home the next time she'll notice that it didn't squeak.

And ladies, when he tells you that he had a tough day at work, don't act like it means nothing.  Some women are quick to say that "men don't open up" yet when we do, who is listening?  Just because we're guys we're "going to be alright" and don't need a compassionate listener now and then?

If a relationship is going to be successful then thoughtfulness has to exist.  Your list of priorities should include doing something to make your mate smile.  If that's not happening regularly then it's just a matter of time before unhappiness ensues and the relationship dies.