Missing Kids, But No AMBER Alert?

The AMBER Alert was created in the 90's and it stands for America's Missing: Broadcast Emergency Response.  It's been working since 1998 and can be a very effective way of alerting citizens to a kidnapping in progress.

Technology allows for AMBER Alerts to broadcast on digital highway signs, television, radio, and even text message alerts.  These messages will generally contain (when applicable) photos of the children, suspect (if one can be obtained), description the vehicle they may be in, and last location seen.  If someone seems anything matching the descriptions then they are to call the police to report their findings.

But, what qualifies for an AMBER Alert?  You would think that any missing kid would, but that's not the case as seen in the video below:


Why is it that some kids aren't given the same help as others?  How many minority kids have you seen on Nancy Grace or other news shows?  We need to stop acting as if some children are more important than others.  If you want to discuss this further in detail then comment at the bottom of this page.


Is there ever a situation when an AMBER Alert should not be issued for a child?
at 12:46 PM No comments:
Email ThisBlogThis!Share to TwitterShare to FacebookShare to Pinterest
Labels: AMBER Alert, criminal justice, kidnapping, law, legal, michigan, missing, parents, police
undefined Jackson, MS, USA

At What Age Should A Woman Stop Being Sexy?

I came across this question in a Facebook group called "Love and Relationships" and I figured I'd dive into the topic. Some women thrive on their sex appeal. It gives them confidence and just a good overall feeling. However, Father Time is undefeated and at some point takes over. For some people it's earlier than others, but inevitably, it happens. Let's just focus on the average person and keep the Morgan Fairchilds and Tina Turners out of it.

They pushed being sexy well into their 60's. Being a "hot mom" or a "bangin' dad" is all the rage these days. Don't let those people in the gym fool you. Sure, they're maintaining or improving their health, but they want to look good, too. I've heard people describe "sexy" as a state of mind. If that's the case, then there isn't a preferred age to go conservative.

Guys, we have it easy.  All we have to do is throw on a suit and ladies think we're sexy if it fits right.  Look at Sean Connery, Denzel Washington, and men like that.  They may be older, but women still dig them because of either looks, wardrobe, riches, or a combination of those.  Women, on the other hand, have a different task when it comes to being older...

Women have to contend with something that men do not when it comes to their appearance: criticism from the same sex.  Men don't judge each other like women and because of that there's no pressure to try and outdo the next man.  Women do feel this pressure and that's why cosmetic surgery is a huge business!

On top of having to outshine their peers, they also have to try to keep the younger women at bay.  That fuels the fire for a lot of older women who wish to keep themselves up and be happy with themselves in regards to their look.  However, what happens whenever someone dresses a lot younger than their age?  Is it embarrassing to see a woman well past her prime rocking a short shirt and tube top?


At what age should a woman stop being sexy (if ever)? 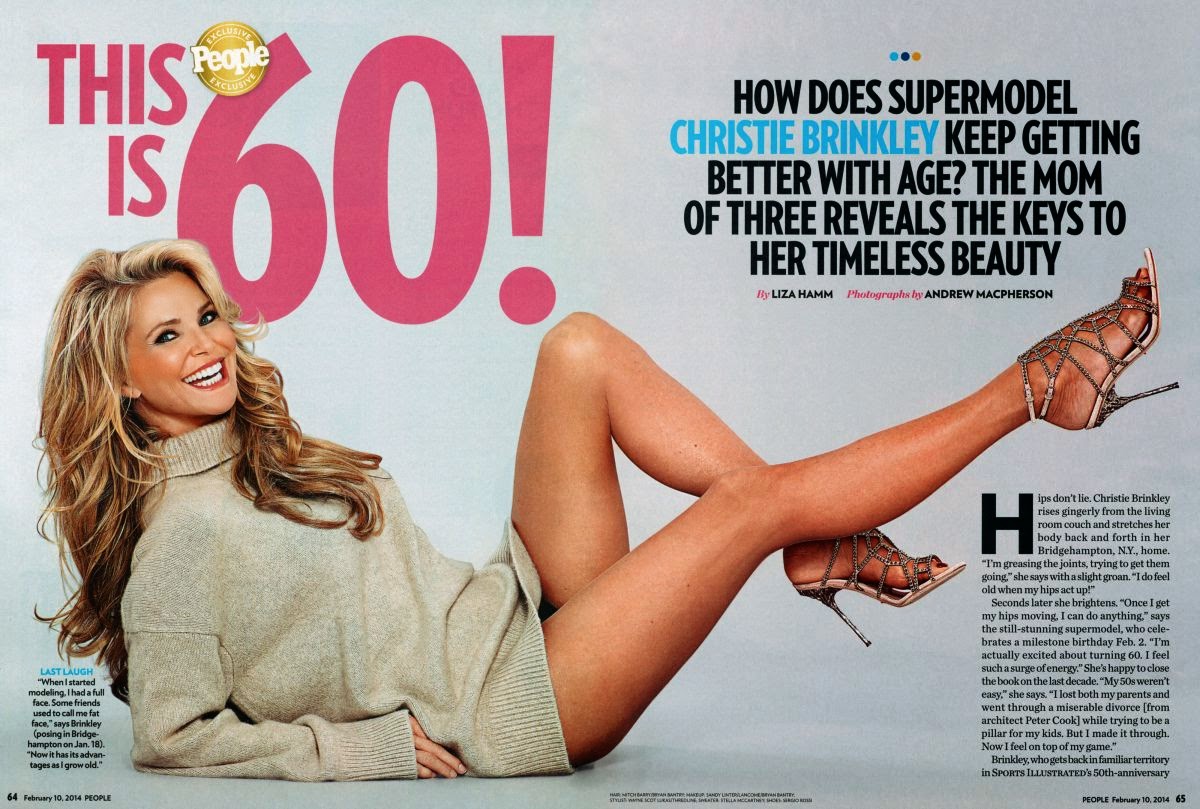 Are Online Job Sites A Sham? 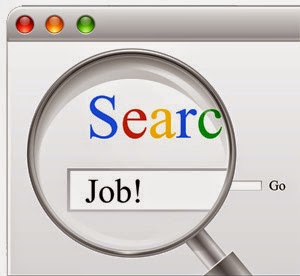 Something just isn't right about the job market.  There's something extremely different about it now in comparison to 5+ years ago that's not sitting well with me.

I lost my full-time job of five years back in January 2013.  It was the best job I'd ever had in regards to the pay and the people I worked with daily.  I had a cool, yet effective, boss and some of the greatest co-workers a guy could ask for on any job.  However, a "financial decision" was made and 50 people lost their jobs.  Two months later we all got to read about the CEO of our company getting a $29.9 million dollar compensation (up 37% from the previous year).  He could have paid everyone in my office $100,000 a year for two years and still had roughly $20 million left over.

But, that's not my gripe (although I felt the need to mention it - LOL).  I don't think that anyone should be required to share their money.  But, I do think that it's morally wrong to take food off of people's tables so that you can turn $13 million into $30 million.  But what does this country care about morals anyway?  That's a blog post for another day.

I'm wondering about the job market itself and how employment rates are down yet opportunities are still not there.  When I searched for a new job I found so many openings, for which I was qualified, on multiple websites.  According to the e-mails that I saved with each online application, I applied for over 200 jobs in a three month period and only received five phone interviews and three in-office interviews.  This doesn't even include the times in which I applied for jobs in-person.

How could there be so many listings yet so few responses?

After the first 50 or so non-responses to my online applications, I got some help from a friend and changed up my resume.  I did get my first phone call after doing that, but it was just that.  A phone call.  I continued to fill out applications on multiple sites and not get any responses aside from generic auto-emails.

I've never had a problem getting jobs in my life until last year.  Since January 2013, I've only had one company contact me about a job doing in what I'm most experienced in.  I didn't even reach out to them.  They contacted me!  Unfortunately for me that job was in South Carolina and I had no desire to move.  Luckily, I finally had someone give me an opportunity to work for them, but wasn't in the field of my previous experience.

What are these online sites doing?  They're supposed to make it easier for people to get a job.  It's one thing to be turned down after an interview, but to not even get an interview?  I'm not bragging, but my resume isn't all that bad.  I have a wealth of experience in a lot of different fields.  I've been promoted in three of the last four full-time jobs in which I've had.  I've received performance bonuses at every single full-time job I've had since 1995.  Every one.  I've only missed work on my full-time jobs on two occasions since 2002 aside from three bereavement leaves (grandmother, mother, wife): when my late wife found out she had been diagnosed with breast cancer (2002) and when I had tore my patella tendon and required surgery (2011).  So, I'm efficient and reliable.

Are online job sites a scam?  Are they marketing your information to other sites and quick-fix educational institutions?  I don't have an answer and maybe some of you out there can shed some light on the subject.  I'm starting to think that the reason there are so many job sites online is because very few of them are on the up-and-up.

The title says it all, but most people overlook the true value of an apology.  There are times when we overstep boundaries or are just plain insensitive in relationships.  We're human.  We make mistakes.  However, the mistake is not always as important as the reaction to it.  A lot of people can't seem to grasp that.

If someone tells you that you hurt their feelings, the first and only thing you should do at that time is listen.  Pay attention to them as they explain what it is that hurt them.  If what they say has merit then own up to it.  Too often we do like a crawfish (or lobster if you're not from the South) and we back up with our defenses up.  We do this because we want to justify our actions with excuses.

The second thing that we should do if we realize that what the person has said has merit is to apologize.  Not some weak celebrity apology like, "I'm sorry that you feel that way" or "I'm sorry that you're offended by what I said."  That just insults the person even further by insinuating something is wrong with them.  I mean a legitimate and sincere "I'm sorry" or "I apologize."  Those words can carry just as much weight as an "I love you."  In some cases, it's even a shorter way of expressing that you love someone.  There should be no such thing as having leverage in a relationship.  If you feel as if you come off as "weak" for admitting fault in yourself then you're not worthy of a significant other anyway.


Who wants someone who would rather be wrong and proud than accountable and in love?

They may blame it on previous relationships by saying previous dates have done them wrong.  Maybe that did happen.  However, if you've been hurt so many times in your life that you keep your defense up, then you're going to be just like that crawfish.  You're going to back up with your guards up into your little, dark hole all by your lonesome self.  You're not ready to be in a relationship if you harshly treat the future based on a bad past.  Relationships are about trust and if you don't trust someone enough to show a vulnerable side of yourself then why are you with them?

We buy into this man vs. woman hype so much that we feel as if we have to one-up our significant other?  What do you gain from that?  Is changing your Facebook status back to "Single" or "Divorced" worth not admitting you screwed up?  Unfortunately, for some it is.  So many people want to win the battle even if it costs them the war.  Those people are chronically-single and should be avoided at all times if you recognize that trait in the first few dates.

The bottom line is this: you can't love someone if you're not willing to expose a vulnerable side of yourself.  The reason that it's called "falling in love" is because falling is a vulnerable state.  You have a right to disagree with me on all of this, but I have a right to question if you even know what love is if you do.

Love is defined as "a profoundly tender, passionate affection for another person."

I'm not saying that you can't ever defend yourself.  There are times we are accused of something wrong that we simply didn't do.  There are also times that you may think that what you did wasn't all that bad.  Those are the tough ones, but if it's a problem for your mate then your only two options are to accommodate them and change or go your separate ways.  Staying in the relationship without changing and later repeating the incident is a waste of each other's time.

If you're too big to admit when you're wrong and sincerely say "I'm sorry" then you deserve to be alone.  After all, you never have to worry about saying something offensive to yourself and having to apologize in a mirror.
at 2:08 PM 4 comments:
Email ThisBlogThis!Share to TwitterShare to FacebookShare to Pinterest
Labels: dating, marriage, men, relationships, women
undefined Jackson, MS, USA
Newer Posts Older Posts Home
Subscribe to: Posts (Atom)