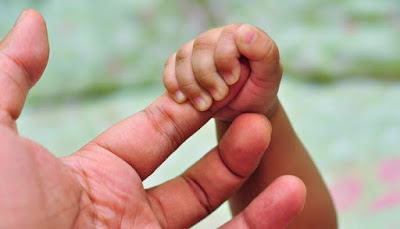 Before I got married in 2002, I wanted to be a dad.  My wife and I agreed that we would enjoy the first two or three years of our marriage and then work on starting our family.  I would have been around 32 or 33 at the time we started.

However, life happened.  A year and two months after our wedding, she was diagnosed with breast cancer.  Our lives were never the same after that.  She had surgery almost immediately and started chemotherapy to try and eradicate the breast cancer cells.  As long as she was on chemo, having children was never an option.

By the time I reached 38 years old and my wife and I both realized that chemotherapy may end up being something she'd have to endure for the rest of her life, my desire for children faded.  I was no longer concerned of being a dad for two reasons: 1) I only wanted my wife to get healthy and 2) I didn't have a desire to be an old dad.  So, I made up my mind that I would be the best godfather to my god kids that I could and no longer worry about being a father.

My wife would remain on chemotherapy for nine years in total up until the day she passed away on November 5th, 2012 at 2 AM.

I was a week way from my 41st birthday and without a wife and a child.  All I ever wanted was the happy ever after ending so many people in the world had.  I wanted my wife, a son, and a daughter.  It didn't seem like too much to ask for, but like I said earlier, "life happened".

My desire to be a parental figure didn't necessarily go away, but my desire to be a father to a newborn did.  So, once I decided to start dating again, I didn't mind dating someone who had children.  However, I never thought that I'd wind up dating someone who had four of them.  Four girls to be exact between the ages of 12 and 19.  Although their mom and I just weren't right for one another, I absolutely enjoyed my time with those kids and still miss spending time with them to this day.  They were wonderful girls who brought a lot of joy to my life!

Then I dated someone who didn't have any kids and she was much younger than me.  Almost 10 years younger, to be exact.  The two of us got along very well, but there was a miscommunication on my part regarding having children.  I was under the impression that she was absolutely set on having them even though I stated at the onset of the relationship that I did not want them.  So, we decided to go our separate ways, which was a shame because I really liked her and we seemed to get along quite nicely.

Not too long after that, an associate of mine from Arkansas became a father.  He was 44 years old at the time when his little man was born.  The look on his face in his Facebook photos showed a happiness that I envied.  Don't get me wrong.  I was extremely happy for him because he expressed so much excitement during his wife's pregnancy.  However, I felt bad for myself for never having that feeling of joy that he was having.

I talked to my brother who is almost six years older than me and doesn't have children.  I asked him what his opinion was on being an older dad.  He told me that even at age 50, if he could be a father, he would do it in a heartbeat.  So, what was stopping me if other guys my age and older were okay with being an older dad?

It made me think.  Was I not wanting to be a dad for the wrong reasons?  Was it a fear of maybe not living long enough to see my child reach his/her 40's like my parents saw my brother and I do?  Was it a fear of not having the "village" in place to help raise the child because so many responsible members of my family were possibly too old to contribute?  What was I afraid of?

Pretty much all of the above.  And after I truly thought about it and realize just how crazy my excuses were for not being a dad, my fear just disappeared and my desire to be a father started to return.  I started wanting an heir to share my dad's funny family stories with so that these stories could continue to live.  I wanted a little one to take to the store to buy comic books just like my mom and dad took me.  I wanted to give someone the life that I had, to the best of my ability.  I felt like I was denying myself a possible chance at a legacy.

And it's that desire that has hit the pause button on my dating with a purpose.  If I want to be a father some day, then that means that I have to date someone who is able/wants to have children.  That means that my dating pool may filter out most people who are my age who may be done having kids or feel as if they've reached an age that it's not safe for them to do so.  I can't move forward until I can decide what it is that I want.

All I can do is continue to pray on it.  Lord knows that I'm not getting any younger.
at 7:00 PM 5 comments:
Email ThisBlogThis!Share to TwitterShare to FacebookShare to Pinterest
Labels: babies, dating, family, parenting
undefined Jackson, MS, USA

Age Ain't Nothin' But A Number? 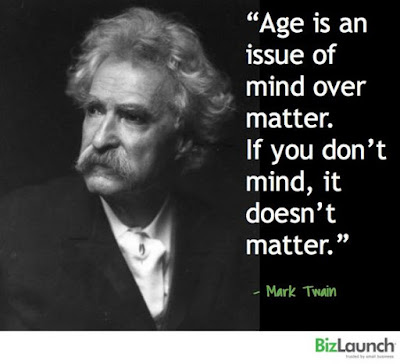 I've heard people say that "age ain't nothin' but a number" before.  However, it's usually a young person saying it.  I've never ever really used the phrase before, but it's definitely not crossed my mind since age 30.

However, at 45 years old, I find myself being approached by younger women (for dates) from time-to-time and it feels awkward to me.  I have peers who would jump at the chance to get with a 20-something who's sniffing around, but I'm not just on that young tip.

Over the past few months, I've had women ages 26-29 approach me for some form of relationship and I will admit that I've been surprised by something:  Some of those younger women appear to be more mature than the women in my preferred dating range (late 30's - mid 40's).

I brought it up to some of my homies and one of them had a theory.  He said, "Younger women don't have as much baggage as older women.  Therefore, they still have hope that they can find a man who simply wants to do the right thing."

I started to wonder if he was onto something.  Was "having hope" the key to all of this?  Did these young ladies believe deep down inside that I would treat them right simply because they haven't given up on love yet like some older women have?