Jackson, MS has its share of issues just like any other capital city.  We have bad apples in the police department and government, too.  However, this story from the past few days has really divided social media (like we should be surprised) and I just don't see the logic behind it.

To summarize things: an almost-30-year old police officer was accused of having a sexual relationship with a 15-year old girl.  It was reported that the relationshp went on for six months and that he was filming their backseat rendevous during his work hours.  The story turned even more tragic when the man took his life just a day or two after the story hit the news.

What I'm shocked at about this entire situation is how many people are blaming everyone except the allegeded predator.

The phrase that I'm seeing pop up on my timeline every other comment is, "she knew what she was doing!"

Are you serious?  Are you really going to blame the 15-year old girl for her reported relationshp with someone twice her age?

Why do we do this?  Why do we assign blame to the underaged victims in these situations?  How can someone who isn't even old enough to drive a vehicle capable of understanding a sexual relationship with anyone of any age?

Some of the same people posting this foolishness can't even navigate their own adult relationships and they think that someone who isn't old enough for a summer job knows what she's doing.  How can you say that she knew what she was doing when you're getting seduced and fooled in your own adult lives?

Quit shaming the minor victims and place the blame where it belongs...  on the predator!  And I don't want to hear people saying that "she lied about her age" or "she looked old enough".    It's no excuse!  If you can't tell after 5 minutes of conversation that someone is underaged then you need to be put in jail or maybe you're in need of a GED yourself.

A life was lost.  This girl may not ever be mentally right again because of the attention this story is getting and the fact that the man killed himself.  I'm pretty sure that she feels badly enough as it is.  Why pile on the only person who hasn't been on the planet long enough to vote?
at 7:51 PM No comments:
Email ThisBlogThis!Share to TwitterShare to FacebookShare to Pinterest
Labels: accountability, police, relationships, sexual assault, shaming, social media, statutory rape
undefined Jackson, MS, USA

Why Do We Do Things Not In Our Best Interest? 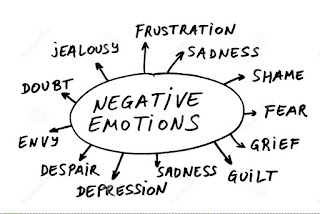 It's amazing how strong emotions are.  Emotions have caused wars between nations, fights within family, and falling outs amongst friends.  Sometimes these things can't be avoided, but most of the time, they can be.

All it takes is someone stepping back and thinking of consequences, but the very nature of emotion prevents that.  Emotions and logic cannot exist within the same space.  I don't understand why people act before thinking, but I guess that's what makes the human mind so fascinating.  And I'm not just talking about a knee-jerk or impulsive reaction to something immediate.  Someone can actually have plenty of time to think things over yet still allow their ego to cloud their judgement.

People will do and say things that will hurt them and they'll act like they're okay with the consequences.  From women who vote for politicians who spit on Women's Rights to someone losing a friendship because they have too much pride to admit fault.

I've witness three indicents this week alone that have not played out yet.  One of them is more serious than the other two.  As I watch everything unfold, I wonder if any of those people involved will simply walk away and bring about peace or will they retaliate and spiral things into more chaos?

Sad to say, I'm putting my money on chaos.