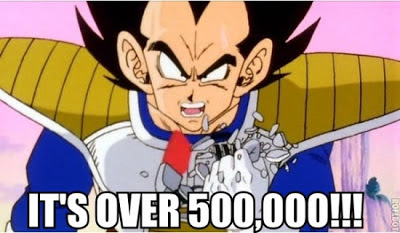 That's right, folks! The originally-titled "Thank, Q for Common Sense" blog has gone over 500,000 page hits! What started as a short rant against Rush Limbaugh, that received one comment, has turned into a site that has really felt the love of a bunch of readers!

It must be the month of milestones because the Talk 2 Q Radio Show just passed 50,000 downloads last Wednesday.  By the way, if you haven't checked me out on the air, then catch me on iTunes, on my Android app or just listen live from the chat room on Sundays and Tuesdays at 10 PM EST.

Anyhoo, I just wanted to thank all of you for thinking enough of my site to stop in 500,000 times.  It really means a lot to me to know that you care enough about what I have to say or that you enjoy my stories that I share.  I hope to get 500,000 more so I can reach the million mark like my man Brandon up there in Idaho.

I hope to get back into blogging a lot more.  As of late, I've been doing some things for The Indie Chicks site, so check out my latest contribution over there right here.  But, I will get back into posting more here, so I appreciate your patience and thanks once again! 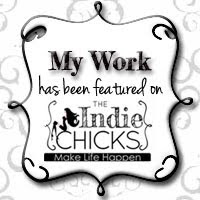 at 9:04 PM 7 comments:
Email ThisBlogThis!Share to TwitterShare to FacebookShare to Pinterest
Labels: milestone, the indie chicks 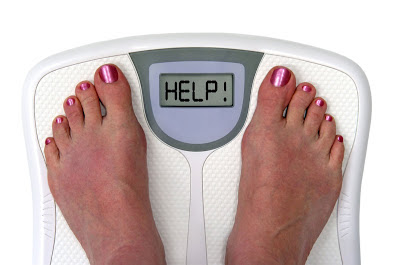 Growing up, I’ve always been one to work for what he wants. I’ve won academic, music, sports and career awards in my life. I’ve dated quite a few attractive women despite being far from a Denzel. Far.  Yet, there’s one thing that I just can’t seem to shake: my weight.

I’ve been chubby-to-overweight since I was old enough to remember. I was always athletic up until around the age of 30. Now, I can’t seem to find a way to help me regain even 25% of the motivation that I once had to get out and do something physical. I’m the type of guy who has always believed in working hard for everything that I have. I understand that efforts tend to pay off with results.


So, why is it so hard for me to do what I need to do to be healthier and in better shape?

I have the motivation and commitment to eat healthy when I want to do so. I’ve challenged myself to going periods of time excluding certain unhealthy food items with little-to-no problem at all. But, why does exercise escape me?  Why will I not take just 30 minutes a day to do something that will benefit me in so many ways?  I offer tons of advice to people who seek it, yet I can't seem to give myself any that works more than 48 hours.  I know that once I get started, then I'll keep it up.  But "getting started" for me means being consistent for at least a week.

I know the health consequences of being overweight.  I know the benefits of being slimmer from a social standpoint.  So, tell me what in the world is stopping me?  Well, I hope that you can help me out with that.  I’m the one looking for some help for a change.


What can you suggest that will help me get motivated to “move something?”
at 12:49 PM No comments:
Email ThisBlogThis!Share to TwitterShare to FacebookShare to Pinterest
Labels: commitment, self-motivation, weight

Read "The Volunteer" by @CrystalHick

For those of you who love a good book, check out this trailer and scroll down for more details on how you can get a copy!  If you do not have a Flash device, then scroll down for book details.


The Volunteer follows Jenna Steele, a woman whose mother died on hospice. She was compelled to give back, so she donated to a local hospice, however that was not enough for her. Jenna decided to volunteer and this is where her emotional journey begins. If you ever wanted to know what it would be like to volunteer for hospice, this novel will take behind the scenes and give you an inside peek into the real world of hospice volunteering. Not only will you discover the highs and lows of a volunteer but also the often unseen world of the managers who supervise them. You will not be able to put this book down!

Author, Crystal Hickerson has been in the hospice field for over 14 years. She started as a grief counselor before moving into volunteer management. End of life care was her niche in life. When deciding on her next novel she knew she had to write about hospice care. Being witness to the wonderful awe inspiring work that volunteers do, she knew this should be her next venture.

at 9:05 AM No comments:
Email ThisBlogThis!Share to TwitterShare to FacebookShare to Pinterest
Labels: book, crystal hickerson, support

Hark!  I've been summoned!  Someone actually requested that I write for them!  The lovely and talented, Jewels, from "According to Jewels," invited me to write along side some of the best bloggers on the web!

I was truly honored, on top of being incapable of telling Jewels "no," so, I decided to give it a go!  However, I wasn't quite sure how I would fit in given that the name of the site is called "The Indie Chicks."  I mean, I know that Jewels, Chiara and crew have put in a lot of work to make one of the most gorgeous, user-friendly sites I've ever seen, but still...  I'm no chick.

But, I was wrong to doubt them because it was then presented to me that I would not be an Indie Chick, but instead, an Indie D*ck.  LOL!  That smells just like something Brandon would conjure up in that Idaho head of his.

So, I'm part of a team of male bloggers who do our thing on TIC's site.  Seems like a great opportunity to not only reach a core audience of male readers, but female readers, too!  After all, what better place for women to learn about men than from a man?

So, roll on over and check me out at TheIndieChicks.com to see my latest post.  Subscribe to them and add me (and Jewels) as a friend to get even more involved in their awesome community.

Look Closely At That Pay Check

Today is pay day for a majority of people across this country.  Well, be sure to look closely at that pay check.  You may notice a slight change in your take-home pay...

Despite not going "over the fiscal cliff," Americans are still going to notice some changes.  The Payroll Tax Cut, which cut 2% in taxes, ended 12/31/12.  That means that the Social Security Payroll Tax will be reinstated (go from 4% to roughly 6.2%).  What does it mean for you?  It means that an annual income of $50,000 will notice an additional $1,000 of taxes coming out of their pay checks in 2013.

Now, in all fairness, this is not a tax hike.  This is simply reinstating what we used to pay prior to the Payroll Tax Cut a few years ago in 2009.  So, FOX News, please don't fire up the "Obama is raising your taxes" cue cards just yet.  Enraging the masses to rebel against something that was already being paid a few years ago is nothing at all like a new tax increase.

On the flip side, some people may not care.  To most, 2% doesn't sound significant, but when you consider the stressful financial situations that some families have been experiencing as of late, to loosely quote V.P. Joe Biden, "it's a big 'effing' deal."  Using the example of a $50k household income, $1,000 per year in tax deductions is $38 every two weeks.  $38 every two weeks is $76 per month.  What does $76 pay in your household?  Your cell phone bill?  Gas for your commute to work?  Cable or internet costs, maybe?  Make no mistake about it, for some families, 2% is a huge deal.

We the People should always pay attention to what's going on in Washington.  I can visualize at least five people that I know who will be confused when they get their pay checks.  They don't pay attention to politics.  They think news is depressing, so they spend their time watching "entertaining" programming instead.

I get that for someone who is maybe in their early 20's, but at what point do you grow up and pay attention to things that truly affect your life?  When do you turn off "The Bachelor" and turn on MSNBC or FOX News?


How in-tuned with politics are you?  Are news shows informative or depressing?  Is 2% significant?