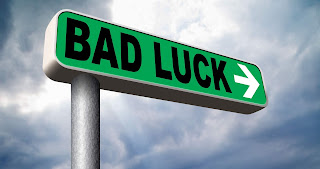 Sometimes you just have to be honest and admit that you screwed up...

Excuses galore.  We hear them so many times per day without even realizing it.  Whether it's on the job or at home, we hear people explain why they came up short in their performance of something.  One of the many reasons we get from people on why their life just isn't where it needs to be is that they have "bad luck".  Having bad luck essentially means that you're cursed to the point that no matter what you do, things will turn out horribly for you.

Is there a such thing as bad luck or are people just making bad decisions?

However, sometimes we make bad decisions and want to blame it on bad luck.  If a guy has sex with a woman he doesn't want a long term relationship with, and the condom breaks, is it bad luck if he gets her pregnant or was it a bad decision to engage with her sexually in the first place?

You drink too much at a bar and after driving roughly 25 miles, you're one block from your house when the cops pull you over.  You go to jail for a DUI even though you're close enough to see the porch light on at your crib.  Bad luck that you got caught so close to home or a bad decision to attempt to drive the length of a marathon while over the legal alcohol limit?

I've made my share of bad decisions.  Luckily, none of them have decimated my life to the point that I struggle on a daily basis.  I own my decisions, as hard as it may be at times.  From making bad choices financially to making bad decisions in relationships.

Stay Off Timelines That Offend You #BodyShaming

I just finished reading an article over at People about a young lady who claims she was body shamed.  Now, I'll be the first to tell you that these "shaming" accusations that we see thrown around social media can be ridiculous to some.  However, at what point do we allow people to live their lives and deal with their own consequences?

Shalom Ifeanyi is a student at the Univ. of Cincinnati.  She posted some photos on her IG page that caught the eye of her volleyball coach. 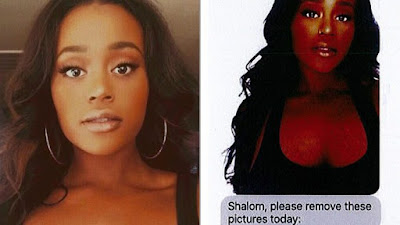 The photos look extremely tame compared to what we see online these days.  But, her coach, Molly Alvey asked Ifeanyi to remove the photos because they showed too much of her breasts, despite the fact that she was fully-clothed in all of the photos.  Mix in the fact that some of her white teammates were allowed to pose in two-piece swimsuits and you have the formula for a discrimination lawsuit against the school.

Corporations and institutions need to stop policing people's personal lives.  A person shouldn't have to censor their personal online sites to comply by someone else's standards.  They should be allowed to post at will and forced to deal with the consequences, if there are any.

I'll be the first to tell you that people shouldn't post online half of the things that they do, but they are responsible for their reputation, not me.  If I don't like it, then I shouldn't view it.  It's just that simple!

Why are people so compelled to remove or ban something they're not forced to look at in the first place?  And if you feel that it's some sort of black eye to the reputation of your corporation or institution, then you're the one with the problem.  Ifeanyi is a volleyball player.  If she shows up at a game wearing something deemed provocative, then at that point, discipline her as you see fit.  Other than that, she owes Univ. of Cincy nothing outside of the school system.

Companies need to stop selling the allusion that they're only employing perfect people.  There are no perfect people.  And if the photo posted above is "too sexy" for Coach Alvey, then please don't ever let her see some of the 2018 prom season photos that I saw on Facebook this month.  Her had would explode.

It's sad that Miss Ifeanyi, who is a beautiful girl, has to endure this sort of attention for something that is ultimately so inconsequential to the Univ. of Cincy.  But, I guess that she realizes now that what she does as a black woman, right or wrong, will be scrutinized.

That's just how we roll in America. 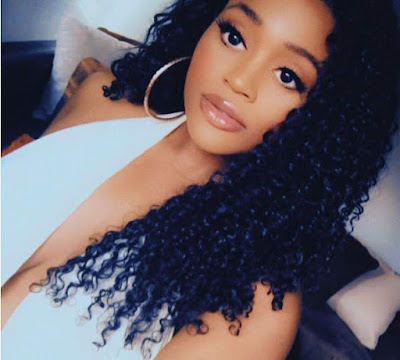 I Hate This Hyper-Sensitive Society 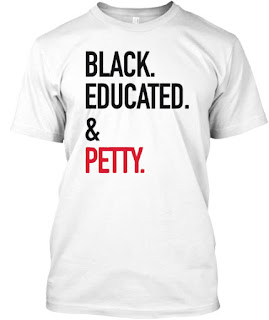 This word describes so many people that I know in this country.  Too often, I see people take nothing and turn it into something negative.  The reason: people love to be victims.  A lot of us tend to enjoy the "Me vs. The World" mentality.

Unfortunately, as a black man, I see a ton of pettiness in my community.  In fact, there are a lot of black people who embrace pettiness as if it's something in which to have pride.  I recently saw a "Black, Educated, and Petty" t-shirt on a young lady downtown.  All I could think to myself is, "why are you embarrassing yourself by wearing that ignorant shirt?"

I hate this hyper-sensitive society that we live in today.  No matter what you say, someone can take it, twist it, and make it look as if you are out to get them when you're not.  And if you say something that someone deems as criticism, and they are not sure if you're referring to them or not, then they'll use this other dumb term to justify their negative feelings: "throwing shade".

You'll have to go to the Urban Dictionary for the actual definition, but essentially, it means to say negative things about a person, but to try and do it in a discrete or indirect manner.  So, the person can only assume that you're talking about them because their name is never mentioned.  Almost like a subtweet, for those familiar with that.  It's why you can sometimes post something at random on social media and later get an inbox message from some offended follower who assumed that you were talking about them.

What's the point of even speaking if people are going to hear what they want to hear instead of what's actually being said?

From the President on down, people get in their feelings way too often and it's frustrating.  No one can have an opinion any more without someone being bothered by it.  What happened to the "sticks and stones" mentality?

Social media was supposed to be a great means of rekindling friendships and networking, but it's turned the U.S. into a country filled with chumps.  Instead of taking advantage of an amazing opportunity to get viewpoints from people from all over, we take sides with those who agree with us and bash those who don't.  Gone are the days when two people can just disagree and move on or maybe even actually learn from one another.