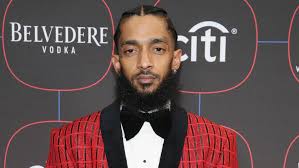 A rapper/community activist by the name of Nipsey Hussle was gunned down Sunday in Los Angeles.  I have a friend who put me on to Nipsy a few years ago.  Not just for his music, but for his cause.  Nipsey was forever trying to teach people in the black communities about wealth and health.

I go on Facebook and what do I see?  People arguing instead of reflecting on his life.  I've seen some of my FB friends fussing at one another over the following:


These are actual arguments on FB over a man who was taken from his family.  Why put down people who may not know him?  Why does it matter when someone became a fan?  Why do people have to know his life's work?

Take the time to educate instead of ridicule.  Especially after the tragic end of a life of someone who was trying to help folks help themselves.