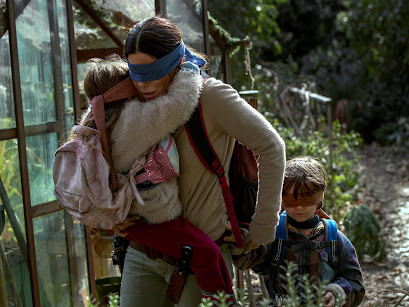 A picture says a thousand words.

We just keep walking around aimlessly as if nothing is going on.  "Nope.  No racism here!"

Now the NBA players are boycotting.  I'm not sure what their endgame is, but I stand behind them exercising their right to peacefully protest.  Anything that raises awareness to people of color being fed up with status quo is just fine with me.

What was the final straw that prompted this boycott?  A knuckle-headed teen shot and killed two people last night because he wanted to be a cop.  How telling is that?  And when the cops were responding to the scene, they drove right past the 17-year old, rifle-toting white kid with his hands held up in the air.  Drove right past him!  Why?  Because evidently he didn't appear to be a threat to them.  But a 12 year old black kid named Tamir Rice was shot and killed seconds after police arrived on the scene of a playground where he was playing with a toy gun.  And Tamir, unfortunately, is just one of many examples.

What will it take for us to make you see that?