White People: Do Your Part 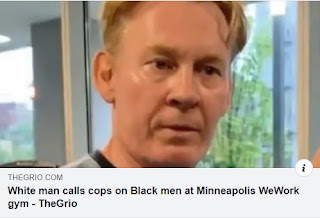 I don't know if my white friends understand the seriousness of this or not. Every black person has a story like this, including myself. Not all have peaceful endings.
I don't want people to think that this stuff is new just because social media allows people to plaster it all over the web these days. Since I was a teen, I've experienced many incidents about if I "belonged" somewhere.
Do people not realize that calling the cops on black people for no legit reason these days should be a form of criminal negligence?  If you think that someone doesn't belong then call a building manager, not the police!  Find out the truth instead of trying to intimidate someone.  White people who threaten to call the cops on black people should know that the end-result will be the severe mistreatment, and in some cases, death, of that black person.
Until white people actually speak to their peers about correcting it then I'm afraid that it's never going to cease. Racism isn't a conversation for black people to have.  It's a conversation for white people.  White people started racism, so they have to end it.  Minorities can stomp, march, and hold signs all they want, but until white people bring this conversation into their churches and homes, it's never going to end.
I grew up in a predominantly-white school system and I had quite a few white friends. Not all white people are prejudice.  But, understand that it only takes a few dummies to make everyone look bad. Weed these people out already! Being silient is just allowing you to get unfairly lumped in with the rest these idiots.
I won't hold my breath and wait on this to be shared, but know that an uncomfortable discussion is what it's going to take to reduce the number of prejudice people in the world like this guy.
at 3:35 PM
Email ThisBlogThis!Share to TwitterShare to FacebookShare to Pinterest
Labels: man dies in police custody, police, police brutality, police shootings, racism, white man calls the cops on black man, white people
undefined Jackson, MS, USA