We jump to conclusions on everything these days.  It's easy to do.  We're so bombarded with negativity that we assume everything that we see is bad.  Even without context.

Case in point:  check out the photos below.  This man was identified as being part of a violent attack on a black woman in Los Angeles.  It appears that it was reported to his employer who apparently relieved him of his duties. 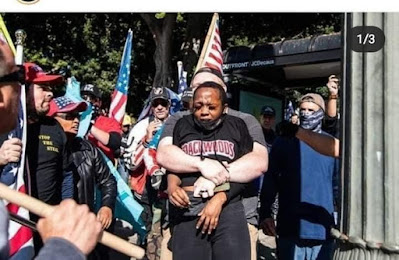 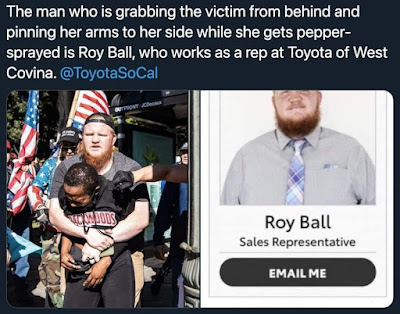 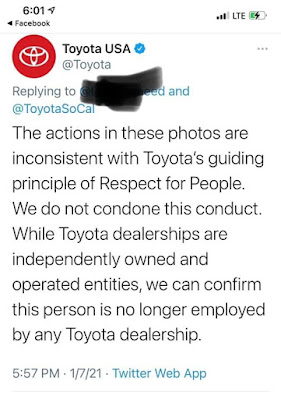 Here's what really happened: News clip.
If you were able to click and view the link above then you will see that the man was actually carrying the woman to safety.  She even stated in the interview that she may have been killed had he not taken her out of harm's way.
Now, you can argue that this man being a part of this mob in the first place may have justified him losing his job.  You may also argue that being maskless was irresponsible, too.  However, we all have a right to protest.  Regardless of if you disagree with him or not, he is well within his rights to be out there as long as he's not trespassing or causing harm to anyone.
Just because a picture says a thousand words doesn't mean that any of those words are true.
We have to condition our minds to seek context.  To not trust our lying eyes without our brain having some input.  Whether it's in a situation that may have cost this man a job or even something of a more personal matter involving a loved one, always seek context first!
at 9:16 AM
Email ThisBlogThis!Share to TwitterShare to FacebookShare to Pinterest
Labels: capitol hill, context, hate crime, lies, media influence, protests, racism in america, riots, Trump's America, violence